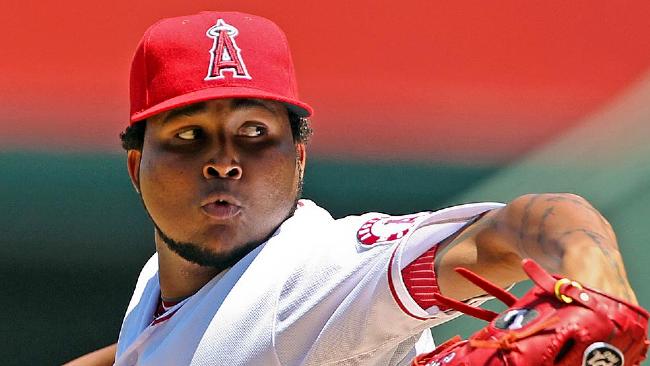 Sometimes where there is smoke there is fire. The Los Angeles Angels reportedly have been shopping starters Dan Haren and Ervin Santana ahead of Friday’s option deadline. Today the Angels traded right-hander Ervin Santana to the Kansas City Royals on Wednesday for minor league left-hander Brandon Sisk.

Santana seemed already at peace with trade, “I have to realize that this is a business,” Santana said, citing Kauffman Stadium as one of his favorites in the majors. “They trade me, and I just have to accept it and move on. It’s going to be hard because I’ve known my teammates for a long time, but now I’m going to have new teammates. I can’t wait to meet them in person and hang out.”

Meanwhile, the Royals will be paying the majority of Santana’s $13 million deal. Santana has been largely inconsistent for most of his career, but was an All-Star selection in 2008 and had three seasons of winning 16 games. The Royals apparently are satisfied that Santana is worth the risk.

The Royals have demonstrated no aversion to making deals for starting pitchers, giving up Melky Cabrera last November for starter Jonathan Sanchez. Sanchez went 1-6 with a 7.76 ERA and was designated for assignment and eventually traded to Colorado.