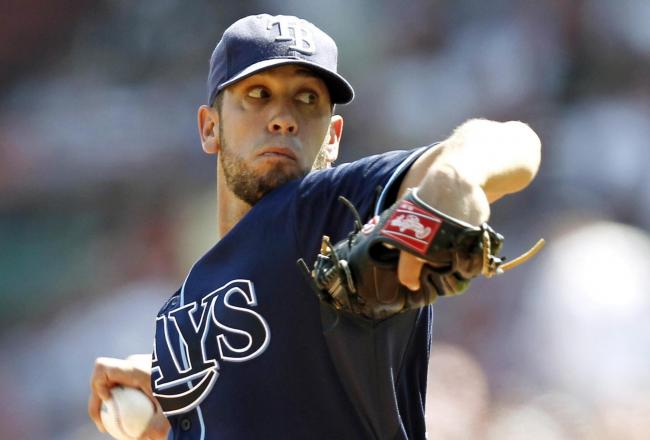 Dodgers target Shields among others this winter

As reported by our friends at Rays Index , and Mark Saxson of ESPN , The Los Angeles Dodgers, alias “Team Money Bags” have targeted Tampa Bay Rays right-hander James Shields for acquisition this winter.

With new ownership in place, Dodgers General Manager Ned Colletti must feel like a holiday shopper with a no limit credit card.

Who can forget acquiring Adrian Gonzalez, Josh Beckett, Carl Crawford and Nick Punto in a nine-player deal with Boston that essentially served as a government style financial bailout for the Red Sox?

Coletti also made trades to acquire Hanley Ramirez, Randy Choate,Brandon League, Shane Victorino, and Joe Blanton and with it over $300MM in future payroll obligations.

League was re-signed to a three-year $22.5 million deal yesterday.

In late August we reported that the Dodgers were not likely done trading or spending and would continue their search for pitching, thus the conjecture about Shields, and Josh Johnson, and Dan Haren, and Hiroki Kuroda and right-hander Shohei Otani, a hard-throwing 18-year-old Japanese free agent and …..well you get the point by now.

Andre Ethier was signed to a five-year $85 million extension earlier this year and reportedly would be available in a trade, that was quick.

A quick look around the web revealed that the Dodgers have been reported interest in Zack Greinke, Josh Hamilton, re-signing Choate and Victorino  and that was just this week.

The Dodgers are quickly becoming like the other team that wears blue on the East Coast, the New York Yankees. The Yankees have stated they will reduce payroll by 2014. Don’t expect that to happen with the Dodgers anytime soon.

Speaking of which, could Alex Rodriguez be a fit for the Dodgers? Apprently A-Rod makes some sense so why not?

The news that the Dodgers would target Shields isn’t surprising. Shields is a workhorse starter, having pitched 200+ innings for six consecutive seasons and he stays healthy. And for what it’s worth, he is bargain priced at $10.25 million for 2012.

But, seriously, who don’t the Dodgers target?