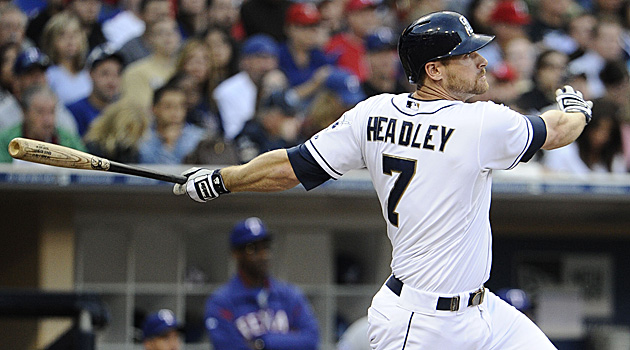 Chase Headley under team control until 2015 , becomes a valuable commodity

Now that the Hot Stove League has officially arrived in Major League Baseball’s freshly started off-season, fans will be reading about terms like “arbitration” and “free agency” along with trades for “players who are under team control.”

Simply put, money has changed baseball. It gradually started with the advent of free agency in in the mid-1970s and has evolved over the years with escalating salaries and skyrocketing payrolls.

Though there is no salary cap in baseball, the luxury tax threshold – which is $178 million for 2013 and will be $189 million from 2014-2016 is likely to shape how big market teams spend since first-time offenders are slapped with a 17.5 percent tax penalty while second timers get 30 percent, third timers 40 percent and four and above 50 percent.

Teams that dip below the threshold in a given season reset their luxury tax number, reducing their penalty to 17.5 percent if they exceed the threshold again.

For many ardent baseball fans who are only interested in what happens on the diamond, talk of luxury tax penalties, salary arbitration, free agency and team payrolls is mind-numbingly boring, yet these terms are critical for how each team is shaped, whether it is a small market club like Minnesota and Tampa Bay or a large market team like Boston or Philadelphia.

The most prominent Hot Stove League phrase in today’s baseball is “players under team control.”

Once a player is drafted, or signed as an international free agent or undrafted free agent, by a MLB club is under team control for three seasons in the minors. These contracts are automatically renewed year to year. After three years, a player must be placed on a club’s 40-man roster (and given a Major League contract) or exposed to the Rule 5 Draft.

Upon being placed on the 40-man roster, a player has three option years in which he can be called up and sent down from the minors an unlimited number of times.

After three seasons on a Major League roster, a player becomes eligible for salary arbitration if he is not already signed to a long-term deal. The “Super Two” reference relates to a player who has two years of Major League time and is eligible for arbitration if he is in the top 17 percent of playing time in the big leagues among players who have between two and three years of experience.

A player becomes eligible for free agency once he has six years on the 40-man roster and, of course, is not under contract for the following season.

Many Major League clubs are pursuing players under team control – which essentially means they are in their pre-arbitration years or just entering arbitration – because they are most affordable and they are about to reach or are just arriving in their prime years. 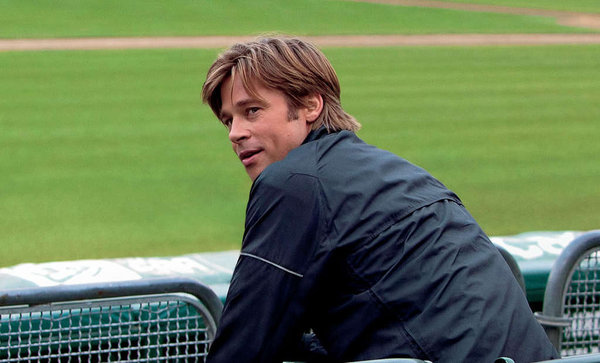 Alex Rodriguez, Carl Crawford, Jayson Werth and Barry Zito are just four examples of why free agent signings are not always worthwhile for teams. In many cases, when a player is signed to a long-term deal, their production does not match the salary commitment the team has made. However with a player like Chase Headley, who is talented and under team control trough 2015 potential suitors become very interested and plentiful.

After the long-term deals for Crawford and Adrian Gonzalez (who was acquired in a trade that sacrificed top prospects to the San Diego Padres), the Red Sox have a clean slate after last summer’s blockbuster deal with the Dodgers that sent Crawford, Gonzalez, Josh Beckett and Nick Punto to Los Angeles.

Boston received top pitching prospects Allen Webster and Rubby De La Rosa, but those acquisitions were considered bonuses by the Red Sox ownership group. Shedding the expensive long-term deals with Beckett, Crawford and Gonzalez gave general manager Ben Cherington financial flexibility to work with as the club has just around $40 million in salary commitments for 2013.

According to Cherington, the Red Sox will build their roster around returning core players (like Dustin Pedroia, Jon Lester and Clay Buchholz), attempting to re-sign David Ortiz and Cody Ross and acquiring young players under team control.

Likely, the Red Sox will not sign big-name free agents. They appear poised to bring in free agents who will fill roles, and trade for difference-making young players who are yet eligible for free agency and can team with Will Middlebrooks (who was a rookie in 2012), Ryan Lavarnway (a catcher who saw time behind the plate in September) and highly regarded prospects such as Xander Bogaerts.

Jacoby Ellsbury, who is entering his final year of arbitration eligibility before he can become a free agent, is an example of a player who is no longer under long-term team control and will be due an expensive pay day in free agency. 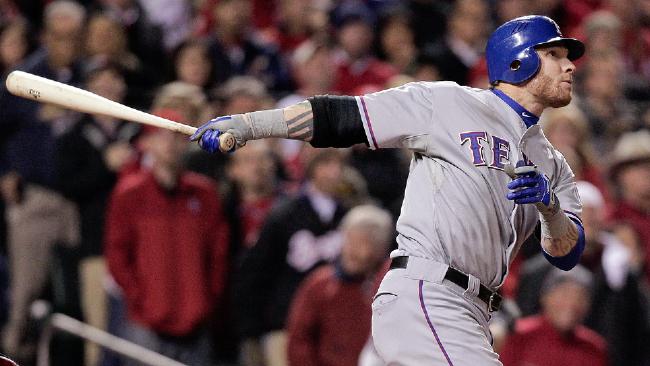 Similar to Josh Hamilton, who is now a free agent, Ellsbury will likely command north of $20 million a season, so clubs not willing to take the risk of a costly long-term investment like the Yankees made with Rodriguez and the Washington Nationals entered into with Werth are apt to fill their center field spot with a homegrown prospect, a lower profile free agent or a trade of a younger player who is in his early arbitration years.

Ellsbury is an example of how the landscape of baseball is changing with premium names who are approaching free agency.

Toronto Blue Jays general manager Alex Anthopolous recently told a Canadian media outlet that it is becoming increasingly challenging for teams to secure good trade value for players who are a year or two away from free agency.

Today, even compared to a few years ago, teams are more cautious about long-term investments in players.

“Players change, things change,” Anthopolous said. “Players get hurt and you tend to forget six or seven years is an awfully long time.”