What Happened to the Pittsburgh Pirates? 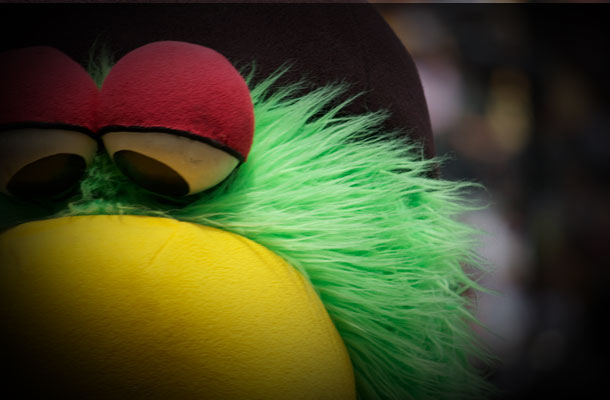 Pirates – There are still two games left to lose

For the promises of the currently expiring five-year plan and its big-money draft picks, prospect-raking trades and hopeless free agent acquisitions, the Pirates will have improved by a whopping 12 wins over the 2007 season.

Since posting a 68-94 record in ’07 (Dave Littlefield’s final, acrimonious season as Pirates general manager), the Bucs can boast an improvement of as many as twelve wins over that campaign, one which begat the signing of rookie GM Neal Huntington, awaited the Andrew McCutchen era and promised a new definition of Pirates baseball.

That, or it may be just a ten-win improvement. There are still two games left to lose.

Even in early September, the hope remained that the club could at least pull off the season to break the streak. About a month later, the Pirates did a sufficient job of making me look like a dummy for having said this:

With 26 games remaining, the Pirates (72-64) have already matched their win total from a year ago and have a .556 winning percentage (30-24) against the six clubs they’ll face to close out the regular season. At eight games above .500, it will take some kind of collapse down the stretch—a 9-17 record, to be exact—to ensure a North American sports-record 20th-consecutive losing season.

It was too early. There’s no longer any way to dub this season a success. The Pirates have gone 7-19 in their last 26 games.

2012 has been the fifth season under the stewardship of Huntington and president Frank Coonelly, one which was supposed to see yet another five-year plan realize its potential in the form of a competitive ball club. For a time this season, the team was more than competitive. For a time.

Since July turned to August, the Pirates have turned back into their version of Cinderella’s pumpkin. The only thing the Bucs have beaten in the second half of each of the last two seasons is history. No baseball club had ever fallen from first place in July to as many as 20 games back as the Pirates did in 2011. As ESPN’s Jayson Stark noted, no club in history had fallen from 16 games above .500 after 108 games (the Pirates’ high-water mark this year) to a sub-.500 record at season’s close, as the Pirates managed to do over the weekend.

Two records of futility in back-to-back years, setting new benchmarks for bumbling that surpass all mediocrity in recorded baseball history.

Do you have any idea how extensive baseball history is?

Not only have the standings free-falls been perfectly gut-wrenching in nature, each of which managed to extend the team’s own record of consecutive losing seasons to a North American professional sports low of 20 straight years.

One wonders if that made it to the first draft of Huntington’s five-year plan.

Throw out the numbers and forget for a moment that a near- to sub-.500 record and fourth in the NL Central is about where many, at the outset of this season, expected the Pirates to finish. How they got there is enough to cost people jobs. As in, lots of jobs. As in, a presidential-attack-ad number of jobs.

Clean house and start with a staff who knows how to win. As Pittsburgh has amply demonstrated through a pair of crushing late-season free falls, winning is an organizational art that depends on much more than the superhuman play of one outfielder.

Fire the front office staff whose best free agent acquisition in any given offseason should be lucky to finish his Pirates career with AAA Indianapolis, if only to remain a part of the organization at all. Only free agents Clint Barmes and Rod Barajas managed to stick with the club throughout this season, and AJ Burnett’s preference for Barajas as his personal signal caller is perhaps all that keeps that list at two. The Pirates have flushed some $10-12 million in other 2012 free agents out of the organization already.

Fire the beancounters and PR goons who can’t separate the business of baseball from the business of winning. The ones who took half the team on a charity clay-pigeon shoot the morning after a red-eye flight from San Diego that followed a 20-games-in-20-days slog, and which coincided with the team falling out of playoff position for good.

Fire every person in the building who doesn’t think the team’s miraculously patient fanbase just doesn’t understand the good things they’re doing behind the scenes.

I can’t refer back to the stats machines and find out if the Pirates were able to squeeze above-average production out of a lineup that is still woefully mediocre outside of a few positions. No one should have to. After five years, the only stat that can possibly matter is wins, and here is every number you need to know about the Pirates’ winning ways.

Clean house. Start fresh. Save the money normally reserved for catchers with .200 batting averages and caught-stealing percentages hovering around zero and use it to pay for a front office that knows how to identify talent, how to develop it and how to win with it.

Anything less would be more of the same.