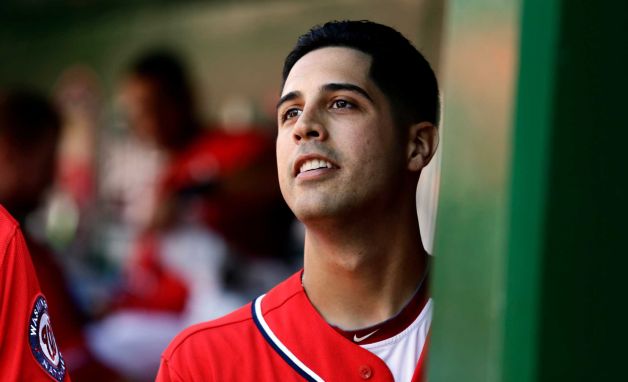 Their Major League-best starting rotation seemingly weakened after shutting down Stephen Strasburg, the Washington Nationals continue to roll, and pitching is a key reason why. On Saturday, left-hander Gio Gonzalez became the second pitcher in franchise history to win 20 games and the first pitcher in Nationals history to strike out 200 batters in a season.

In Washington’s 10-4 victory over Milwaukee, a team that is battling for the second wild card spot in the National League, Gonzalez accomplished a feat that only Ross Grimsley had previously done for the organization that was launched as the Montreal Expos. Grimsley was 20-11 with a 3.05 ERA in 1978. Unlike that club, which finished under .500, the Nationals are 92-59 and cut their magic number for clinching the National League East title to six.

At 20-8 with a 2.84 ERA, a 1.12 WHIP and a .204 opponent’s batting average to accompany 201 strikeouts in 193.1 innings, Gonzalez is a National League Cy Young Award candidate along with Cincinnati’s Johnny Cueto and New York Mets’ knuckleballer R.A. Dickey.

What could sway voters towards Gonzalez is the importance of his performance in the absence of Strasburg. The 27-year-old Gonzalez is 7-3 with a 2.08 ERA in his last 10 starts and has anchored a rotation that also includes Jordan Zimmermann, Edwin Jackson, Ross Detwiler and John Lannan.

Washington was projected to be improved this season, but their 92-59 record is a surprise. Nationals General Manager Mike Rizzo is undoubtedly grateful that he made the trade for Gonzalez, who gives the team a frontline starter capable of carrying his teammates through the postseason with Strasburg unavailable.