Orioles Reaping the Benefits of Trading for Adam Jones 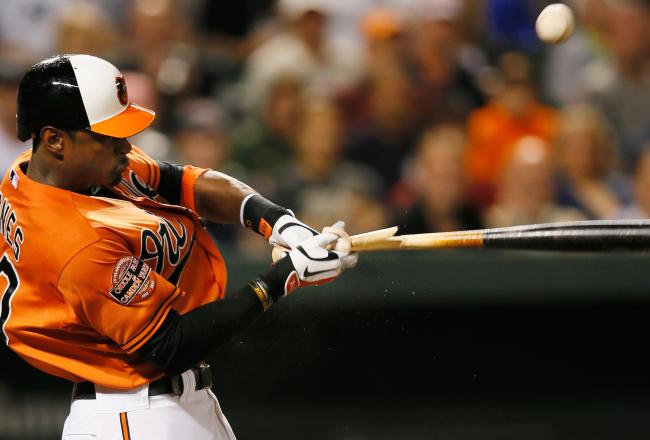 Jones has developed into one of baseball’s best players

At the time, it seemed like a good idea. The Seattle Mariners wanted a frontline starter to accompany Felix Hernandez in the rotation, and they knew that the cost would be high in terms of prospects.

Bedard was one of the top left-handed starters in the American League and had won 28 games over the previous two seasons for one of the worst clubs in baseball. Jones was the centerpiece of the trade from the Orioles’ perspective. He was one of the top prospects in the game and represented an attractive piece to join Nick Markakis in the outfield.

In retrospect, the trade did not work out favorably for the Mariners. Bedard was often injured during his tenure, winning 15 games in two-plus seasons before he was traded late in 2011 to the Boston Red Sox.

Jones has developed into one of the best players in baseball, leading an Orioles lineup that is missing Markakis for the rest of the season because of a broken wrist.

On Saturday, Jones belted his 31st home run of the year and in the top of the 12th inning he led off with a double and scored the go-ahead run on a Jim Thome double.

If not for a potential Triple Crown by Detroit’s Miguel Cabrera, Jones would be a legitimate contender for the American League Most Valuable Player Award. He has a .289 average with 31 home runs 79 RBI, 14 stolen bases a .513 slugging percentage and a .852 OPS.

With Markakis out, Jones and catcher Matt Wieters are the leaders on a roster mostly lined with role players. The Orioles are 87-64, one game behind the New York Yankees in the American League East and in possession of the top wild card spot in the AL.

As the Orioles are learning with Jones, sometimes the return from a trade is worth the wait.