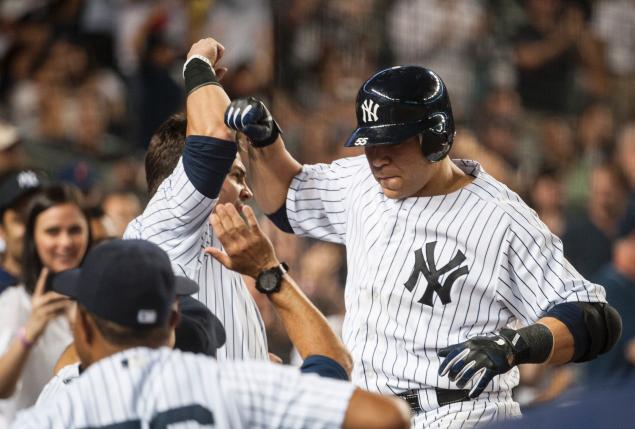 So much for not being an ace anymore. Six games ago the Yankees had an endless list of questions surrounding the team. Six wins later, they certainly appear to be answering them.

CC Sabathia rebounded in a huge way against the likely top wildcard seeded Oakand A’s, throwing eight dominant innings of three hits, one run and 11 strikeouts. It was Sabathia’s first dominant start in close to a month and it could not have come at a better time as the Yankees managed one run in nine innings.

A Curtis Granderson sacrifice fly aside, the Yankees were shutdown offensively once again, only rising to the occasion in the bottom of the 10th when Russell Martin homered to end the game. New York would not have needed extra innings if not for a pinch-hit home run off the bat of Brandon Moss against Rafael Soriano in the top of the ninth. Nevertheless, New York made a big team statement in a small 2-1 victory.

Like any team, the Yankees have struggled and have question marks. This week, a lot of those questions have implied positive answers.