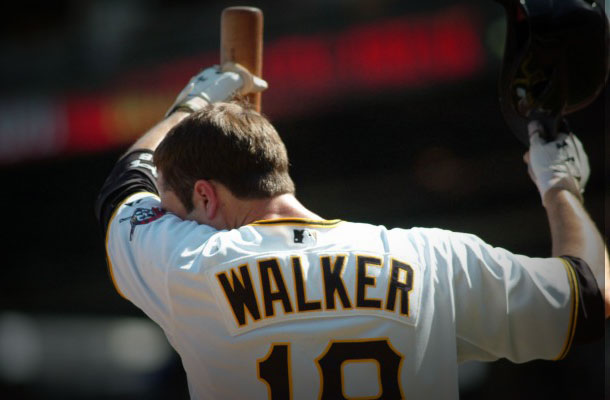 After two decades of losing baseball, the Pittsburgh Pirates are where they want to be–directly in the middle of a serious pennant race.  Although the organization has taken large strides in the right direction over the past few seasons, no parties involved in this endeavor seem to understand how to react properly to winning baseball.  Management, players and fans included seem to be trying to figure this whole pennant-race-postseason-thingy out along the way.

First off, management has not been nearly as bad as people would suggest, but that will be addressed under the fans section.  But to let management off the hook during this stretch of inferior baseball would not be accurate either.  No, GM Neal Huntington should not have jeopardized the team’s future for rental players this season, but not appropriately addressing roster moves has been alarming.

The pitching has been the most frustrating aspect of this team to watch over the past month, but also the most correctable aspect as well.  There is not much the Pirates can do to help this offense from a personnel standpoint, but there are plenty of options for the Pirates pitching woes and none of them have been explored properly.

It is way past time for Jeff Locke, Justin Wilson, Bryan Morris and Chris Leroux to all be on this team.  Yes, they will be called up in a few short days when rosters expand, but will they be on the 25 man roster over players such as Chris Resop, Tony Watson, Chad Qualls, Daniel McCutchen and even Erik Bedard?  That is very debatable, as management has not shown much faith in their dominant AAA arms.

Besides personnel moves, management has made other questionable moves such as the charity event fiasco last week.  Dejan Kovacevic of the Pittsburgh Tribune Review, gives a very nice play by play of the bizarre event, but here’s a summary.  After 20 games in 20 days and a brutal west-coast trip, 10 Pirates players were forced to attend a charity event far away from Pittsburgh on their scheduled day off.

“It’s a pennant race,” one player said. “Maybe everyone around here will realize that at some point.” –  Tribune Review

There are many in-game decisions Clint Hurdle has made that could be questioned, but you will not find much criticism here on Hurdle.  The big question is though, who has the most impact on the 25 man roster decisions-Huntington or Hurdle?  Because whoever is holding back the reconstruction of the bullpen needs to be held accountable.

Players Pressing/ Struggling Down the Stretch

Management has let down this 2012 team a bit, but when it comes down to it, the players are the ones that need to be held most accountable.  Over the last 30 days, the Pirates are 12-17 and the teams most important players have been struggling when it counts most.

In that span, Andrew McCutchen is batting. 255 with two home runs and 12 rbi.  Not only has Cutch struggled, but his calm and collected approach has been noticeably disturbed recently.

Cutch has gotten so frustrated that he’s given local writers the time of day.  A few weeks back, McCutchen responded to objective criticism on twitter from a well-respected writer.  McCutchen and every other Pirates player should not be worried about what the media has to say about their play.  Every player knows their capabilities and to respond publicly to such criticism is not needed.

The other superstar in this lineup has been struggling to do what he does best lately as well, as Pedro Alvarez has only two home runs and five rbi in the last 30 days.

Pedro’s average has been steady in that span at .267 and also has 19 walks to go along with the highest OBP (.400) on the team , so it seems as if Pedro is just waiting to bust out of that slump.

Jeff Karstens (2.81 ERA) and A.J. Burnett(3.96) have been the only pitchers meeting expectations in the last 30 days.  Erik Bedard (7.81) and James McDonald (6.49) should be in serious jeopardy of losing their spots in the rotation.  The way the bullpen has been handled is so peculiar that who knows which direction they will go next, maybe Roger Clemens is interested in the 6th-7th inning role (that’s a joke, but seriously).

It is to be expected to have irrational fans in every town, especially in a town that has not seen winning baseball in 20 years.  Many fans have been outspoken about the Pirates not making a “splash” at the deadline to put this team over the top.  It should be known officially now that it was not even remotely feasible to make enough “splash” moves to keep this team from going through a stretch of bad baseball.

It would have taken a combination of acquisitions such as Zack Greinke, Ryan Dempster, Justin Upton, and Hanley Ramirez to ensure this team would have not gone into a slump.  Some might say, well why didn’t they do it?  Because after selling every asset in the minor leagues, you would not have seen winning baseball in Pittsburgh again for another significant amount of time after this season.

GM Neal Huntington is no slouch when it comes to building a franchise and he was not about to jeopardize the future of the organization for a one-time shot at winning.

The trade market just was not conducive for a team like the Pirates to make that splash trade this season.  While trade reactions from fans have been irrational, the fans have every right to be mad/confused/befuddled/(insert word here) at how the Pirates 25 man roster has been handled lately.

Every team goes through bad stretches of baseball and that is all the team is experiencing.  They will snap out of this slump, the question now becomes will it have been too late when they finally right this Pirates Ship?