After adding free agent closer Jonathan Papelbon to what projected to be baseball’s best pitching staff last offseason, Philadelphia looked set to extend its run of five straight division titles in 2012 in a weak NL East.

Injuries, inconsistency and surprisingly good play from division rivals have put that streak in jeopardy, as the Phillies sit 14 games out of first place and 13 games under .500 at the All Star break.

At 37-50, Philadelphia is fast approaching not only its first non-playoff season since 2006, but its first losing season in a decade.

A look at how they’ve gotten there: 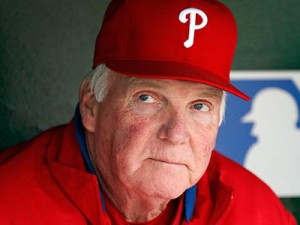 Few expected the Phillies to fall out of the race in their division, but far fewer expected the New York Mets and Washington Nationals to be in the hunt for the NL East title.

Coupled with continued strong play from the Atlanta Braves and a losing record against the fourth-place Marlins, Philadelphia’s divisional record is a paltry 11-22 (.333 winning percentage), the worst such record among all16 National League teams.

For the Phillies to get back on the right track, they’ll have to start winning games against the teams they face most often.

Of the eight NL teams with winning records at the break, the Atlanta Braves are the only club with a losing divisional record. 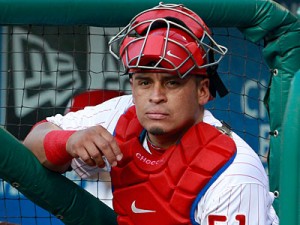 The Phillies offense was expected to supplement its league-best pitching staff, but like so much else this season, the offense has gone dry.

The biggest contributor here is injuries. With second baseman Chase Utley and first baseman Ryan Howard each missing almost the entire first half, the middle of the order was without its two best hitters.

All-Star catcher Carlos Ruiz leads the Phillies with a .350 batting average that is among the top averages in the NL and Hunter Pence leads the club with 97 hits and 50 RBI.

However, with Utley and Howard playing just 12 combined games so far, Philadelphia’s lineup on the field has looked far different than the lineup on their payroll. 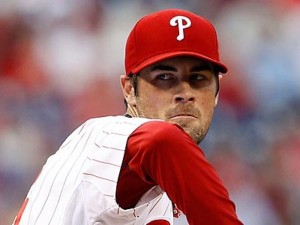 Thought to be the Phils’ greatest asset, their starting rotation has also fallen short of expectations.

Of those seven clubs, only San Diego and Houston have worse records than Philadelphia.

Like all other parts of the team, the rotation has been hit by injuries. Halladay (4-5, 3.98 ERA) is the staff ace on a roster with three number-one starters, but a stay on the disabled list has limited him to just 11 appearances so far.

Lee earned his first win of the season on July 4, some three months into the MLB season.

Philadelphia has the kind of lineup that can put together a second-half surge.

The heart of the order in Utley, Rollins, Ruiz and Howard figures to be together for the first time after the All-Star break, and Lee, Hamels and Halladay each have the ability to carry Philadelphia to wins regardless of offense.

It will be up to Philadelphia management to decide whether or not they’ll move any of their big assets at the trade deadline in anticipation of a healthier campaign next season.