With the All-Star break upon us, we thought we would look back on how some off-season moves have worked out thus far.

We are going to take a look at five moves, but we aren’t going to write them in any particular order. That’s up to you.

The five on our list are players and managers. 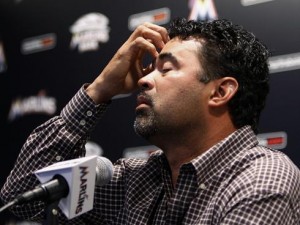 The Miami Marlins got a new stadium, a new shortstop, Jose Reyes, a few new pitchers in , Mark Buehrle, Heath Bell and Carlos Zambrano, and a new manager in Ozzie Guillen this past off-season, him let’s focus on Guillen.

This was a dream match-up.

“Welcome to a new era in Marlins baseball,” Marlins owner Jeffrey Loria said. “As you all know we are celebrating two things today: Closing our time here at Sun Life Stadium and the introduction of my friend, Ozzie, over here.”

I wonder which one management is having second thoughts about right about now.

Ozzie Guillen  came to the Marlins from the Chicago White Sox. Guillen led the White Sox to a World Series championship in 2005.

The Marlins knew they were investing in a manager with a winning record and one who had a ring.

What they forgot along the way, is that Guillen has a propensity to speak his mind. At any time,  and in any place.

All that is well and good, until you publicly support a Cuban dictator, and your team plays in a community with the largest Cuban American population in the United States.

Guillen was suspended by team management 5 days for his comments, but the damage was done. Things haven’t gone well for Ozzie since. 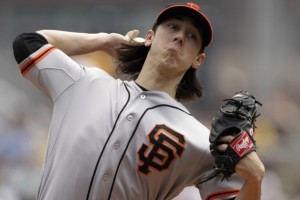 Just about everyone inside the Giants organization and many from outside have been trying to find the old Lincecum ever since.

Lincecum has pitched to an ERA of 6.42 and has 3 wins, and people are having flashback nightmares about Steve Blass.

We are halfway through the season or somewhere thereabouts.

That means the Giants are paying close to 7 million per win, thus far with this contract. And it has a another year to run.

Surely someone has to be questioning the wisdom of that decision. 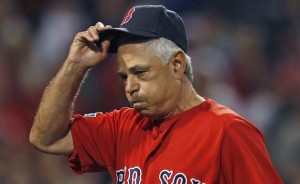 Valentine left the comfort of the ESPN studios to guide one of the most talented teams in the American League.

Valentine was to change the culture that had eroded under Francona. On his way to changing the culture, the team chemistry became tainted.

Publicly calling out Kevin Youkilis for his effort and commitment should not have been part of his operating plan to embrace his new team.

Youkilis is now gone, having changed Sox in Chicago. To be fair the team has been decimated by injuries, and the Red Sox are still in the race for a wild-card spot, despite a dysfunctional clubhouse. 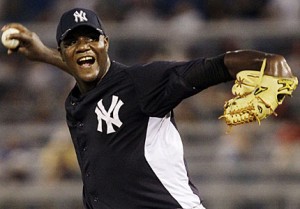 When the New York Yankees traded top prospect Jesus Montero and  Hector Noesi to the Seattle Mariners for Michael Pineda  and Jose Campos in January the Yankees assumed they were going to get a young, front of the rotation starter.

They probably would have had he not been hurt. Pineda suffered a tear in his right labrum and underwent surgery and was lost for all of 2012.

The Yankees won’t know for months whether the Pineda will make a full recovery. Until then, just call it a good trade gone bad. 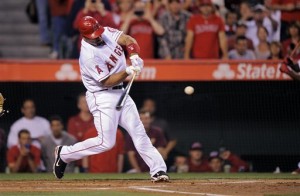 Albert Pujols  played his entire career in St. Louis, putting together a Hall of Fame resume that includes a .328 average, .420 on-base percentage, 445 home runs and 1,329 runs batted in.

Pujols went to the American League and struggled mightily for about the first two months of the season.

Pujols has since recovered to mere mortal standards, however,  short of Pujols’ standards.

Pujols is currently hitting .268 almost 60 points under his career average of .325.

He has 14 home runs and has averaged 42 per year over the course of his career.

Pujols may not be the best hitter or player on his team, much less the American League. It’s doubtful that anyone in Angels management was expecting this kind of production form Pujols.  And at A $254 million price tag, Pujols has to be on this list.

We are only halfway through the season and everyone on this list is capable of turning things around, except Pineda.

This was our top five off-season moves that haven’t panned out.

Let us know if you have someone else in mind.