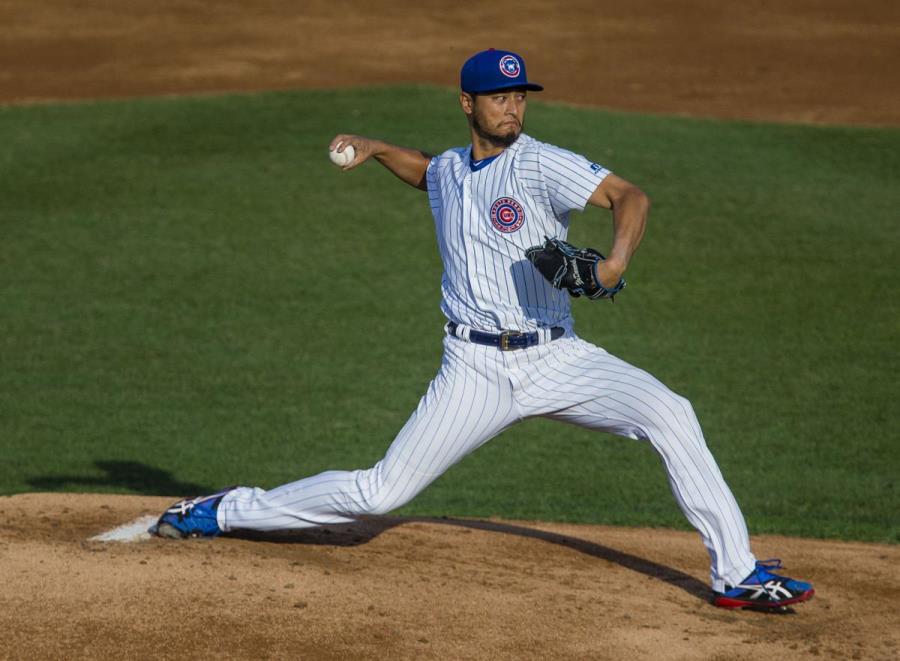 Doctors have told the Chicago Cubs that Yu Darvish has a right elbow impingement and inflammation.

The Cubs pitcher traveled to Texas for another opinion on his sore triceps muscle, which had flared up during a Thursday bullpen session.

Following a 10-6 win by the Cubs over the Minnesota Twins on Friday, a team spokesperson confirmed that Darvish has consulted with orthopedic surgeon Dr. Keith Meister who is one of the team physicians for the Texas Rangers.

During his visit, Darvish was given a shot of cortisone in the area and the Cubs’ spokesperson said that the injection would “settle in” within three to five days.

Darvish, who is 31, started his major league career with Texas and pitched for the Rangers from 2012 until last July when he was traded to the Los Angeles Dodgers.

This setback ended plans for the return of the right-hander to Chicago’s rotation during its current series against Minnesota.

Prior to the win on Friday, manager Joe Maddon told reporters he did not have a timetable for the return of Darvish.

Maddon said the team would be very happy if he were pitching for them, but it will not be happening and he was not sure exactly when it would.

Darvish has said that his endurance and strength was good following a session of playing catch on Wednesday while the team was in Los Angeles.

Last Monday, he threw a 57-pitch, five inning rehab start in South Bend in Class A, but on Thursday suffered a setback during a bullpen session.

Maddon said that it had been quite easy to notice that something was not right with his pitcher and that he was not using his normal throwing motion.

The Cubs manager said he watched Darvish’s workout on Thursday and could see something was not right, so the team must be patient.

Chris Gimenez caught Darvish during the bullpen session and said it was obvious the pitcher was not feeling his best.

Darvish was scheduled to make a start against Minnesota on Saturday, but Tyler Chatwood will replace him. Chatwood just came of the Cubs paternity list.

In February, Darvish inked a deal for six-years and $126 million as a free agent with Chicago, but in his eight starts this season is 1-3 with an ERA of 4.95.