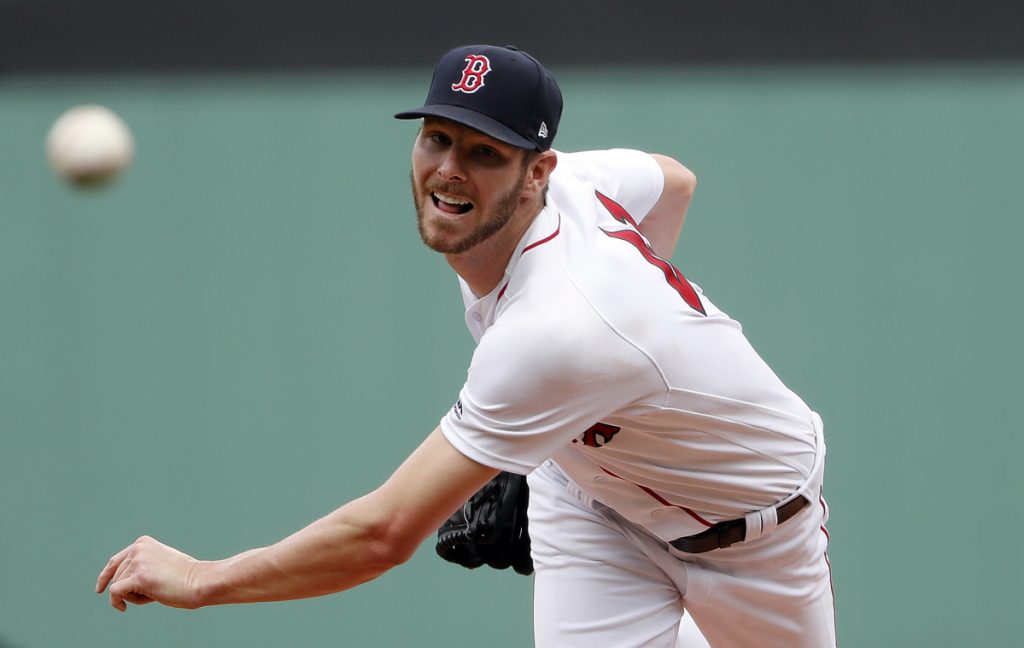 On Sunday, Chris Sale produced a gem for the Red Sox at Fenway. The Red Sox lefthander struck out 13 in seven innings throwing 71 strikes out of his 93 pitches to win 5-0. His 100.5 mph fastball struck out Mike Zunino on his last pitch of the day and was the fastest pitch of his Major League Baseball career. For many baseball observers of the game, it was amazing that the Mariners were able to even muster four hits in the game off Sale.

What Sale did on Sunday was serve notice he cannot be forgotten when it comes to the Cy Young Award race in the American League, that might end up being one of the best of all-time.

The current leader in that race is likely Houston’s Justin Verlander at 9-2 with an ERA of 1.60, but there is New York’s Luis Severino and Cleveland’s Corey Kluber. In the same breath Sale, Cleveland’s Trevor Bauer, Houston’s Gerrit Cole and Tampa Bay’s Blake Snell all need to be mentioned. That makes seven AL starters that have ERAs of less than 2.60 along with other dominating stats.

The best part for baseball fans is just over half the season still remains to be played, but back to Sale.

Over his last four outings, Sale has given up four runs across 28 innings while allowing just 15 hits and striking out 43. On the season, Sale is first in strikeouts in the AL, third in batting average allowed behind just Verlander and Cole and second in innings pitched behind just Kluber.

He has increased his average velocity for his fastball each month this season and in June is averaging 97.0 mph while in April he averaged 92.5 mph.

His numbers could be much better but in two of his starts, the Red Sox were shutout and he has five no-decisions in games he has given up two or fewer runs.