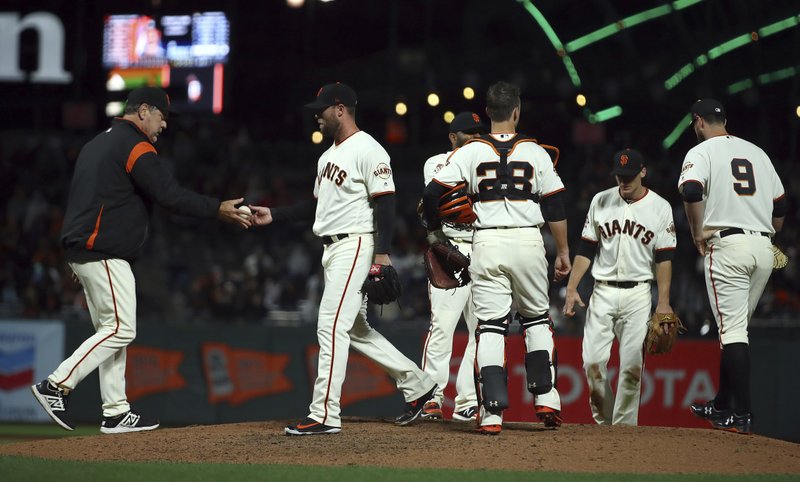 On Monday night after blowing a save, Hunter Strickland, the closer for the San Francisco Giants fractured his hand while punching a door. The injury to his right hand will sideline him between six and eight weeks.

Bochy added that Strickland needed to have control of his emotions, saying that everyone gets frustrated and certain losses are very tough.

Bochy continued by saying his closer likely took full responsibility for the loss on Monday and without thinking he punched the door. Bochy concluded by saying how disappointed and crushed he is because Strickland has grown so much as a pitcher and as a person.

Strickland posted his own message on his Instagram page Tuesday apologizing to family, teammates, coaches, the organization and the team’s fan based. He vowed he would learn from what he did.

With San Francisco leading Miami 4-2 at home, Strickland entered to pitch the top of the ninth, but was able to get only one out, while allowing two walks, two singles one double and three runs. San Francisco lost the game 5-4.

Following the Giants game on Tuesday, Bochy said that the regular closer would now be Sam Dyson. Dyson came in on Tuesday to record the final two outs to post his second save in a 6-3 victory for the Giants over Miami.

Injuries have taken their toll on the Giants this season. Pitching ace Madison Bumgarner was hit in the hand with a line drive during spring training and broke the pinkie finger on his pitching hand. Evan Longoria broke a bone last week in his finger when hit by a pitch. Brandon Belt has missed time due to an appendectomy.

Bochy said he thinks Strickland punched the door when he was taken out of the game, but coaches did not know until much later and Bochy said he found out when he got home.