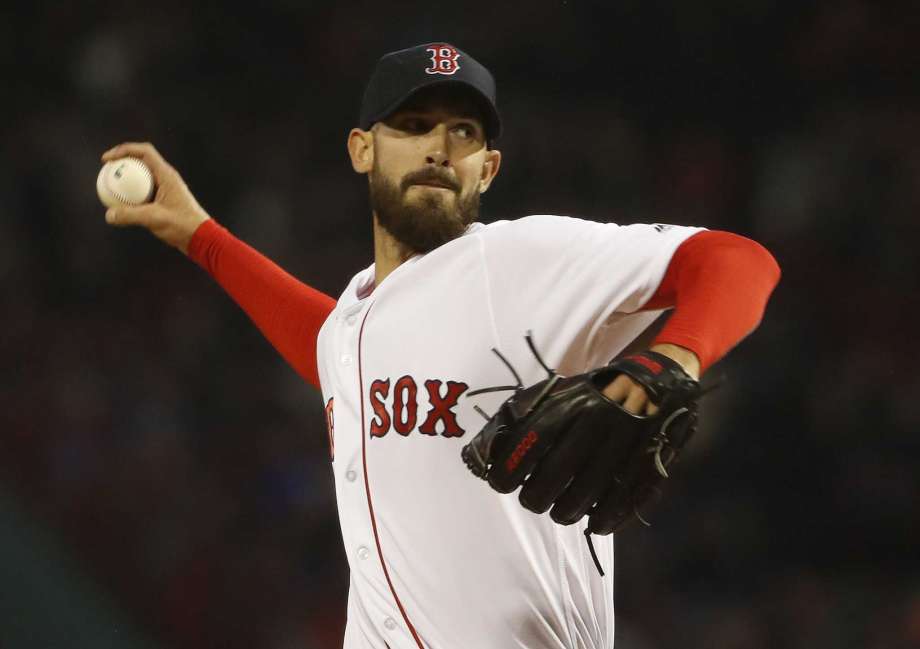 The 2018 Major League Baseball regular season is still very young but Rick Porcello is showing signs of why he was chosen as the Cy Young Award winner in 2016 for the American League, after suffering through a long and difficult 2017 season.

He did many things during the offseason in an attempt to find his sinker pitch again, including talking to former Red Sox pitcher and sinkerballer Derek Lowe in January and inviting Lowe to watch his spring training games to give him feedback about his mechanics on the mound.

Porcello has made just three starts so far but things seemed to have worked. In two starts totally 12 2/3 innings against the Tampa Bay, Porcello allowed just four runs in consecutive wins. This past Thursday, the right-hander had a no-hitter entering the seventh inning against the New York Yankees strong lineup.

That was broken up by Aaron Judge, who led the seventh off with a double, but the Red Sox pitcher ended his game allowing just two hits while striking out six with no walks in Boston’s 6-3 victory.

Following the game, Porcello said things feel good, but most importantly he added was he was contributing in a positive way to the team. He knows that he is just three starts into a long season but wants to build off his strong start. After his pitching gem on Thursday, Porcello’s ERA now stands at 1.83.

Boston has jumped out of the starting gate quickly and is 10-2, which matches the best start after 12 games in franchise history.

More positive news came as well when left-hander David Price threw the ball in the outfield during the day Thursday and felt no problems after leaving Wednesday’s start due to numbness in his throwing hand during the first inning, in which he allowed four runs.

Price will start Tuesday in Anaheim, which gives him an additional day of rest and an opportunity to pitch in weather that is warmer than the persistent chilling 40 degrees that Boston has experienced this spring.

Price said cold hands are something he has dealt with since his childhood, and whenever the temperature falls it intensifies the situation. However, regardless of the amount that Price downplays his condition the team is concerned that he could not feel his hand during the game.

Because of Price’s situation not being 100% certain, the fine start Porcello has had is that much more important for the team.