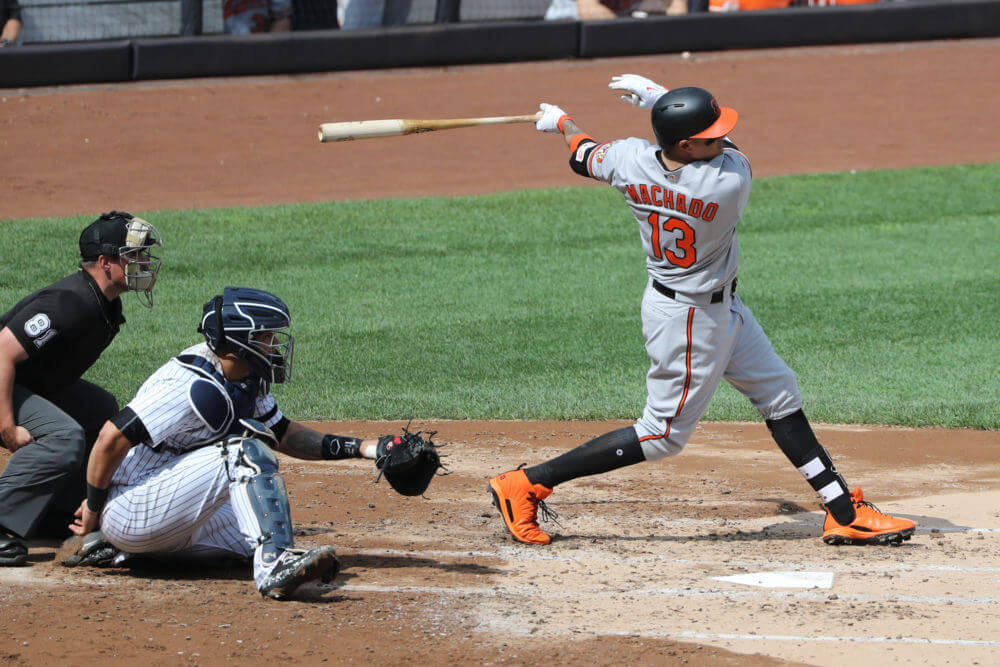 Aaron Judge, just a year after trying to entice Giancarlo Stanton to join the New York Yankees, is attempting to recruit another feared hitter in Major League Baseball to add to the already dangerous batting order his team has.

On Wednesday, prior to his spring training game in Sarasota against the Baltimore Orioles Judge said that he pitched the shortstop of the Orioles, Manny Machado on playing for the Yankees. Machado becomes a free agent after the end of the 2018 World Series.

Judge told a group of reporters that adding Machado to the Yankees lineup that is already in place would create something very special. He added that he told Machado that he would look good wearing pinstripes.

Judge said that Machado laughed his recruiting pitch off and did not respond to it. Judge said the two of them talked a while and he asked Machado how his offseason had been and how everything at the moment was.

The remarks made by Judge were noticed by MLB. The league released a statement that related to possible tampering.

The statement said the league was in touch with the Yankees and that the team has said that Judge’s comments had not been appropriate and were not authorized by them. The Yankees told the league they would talk to Judge to ensure that this sort of thing does not take place again.

During this offseason, Machado officially moved from third to shortstop after six years playing third. Although he has played in close to 800 games, he played at short in just 52 prior to the start of this season.

Machado is due to be paid $16 million this season by the Orioles and some believe he would be worth close to double that when a free agent next offseason.

The possible addition of Machado to the Yankees could be quite costly. The Yankees would also have to consider their young promising infield prospects Gleybor Torres and Miguel Andujar.

On the offense side of things, the addition of Machado would be welcome to add to the lineup of Judge, Stanton, Greg Bird, Didi Gregorius and Gary Sanchez.

Judge says Machado would be a great fit in New York, but knows the slugger will signed next offseason in the place he feels happiest even if that means no pinstripes.

Raytheon Technologies Co. Expected to Announce Earnings of $1.07 Per Share