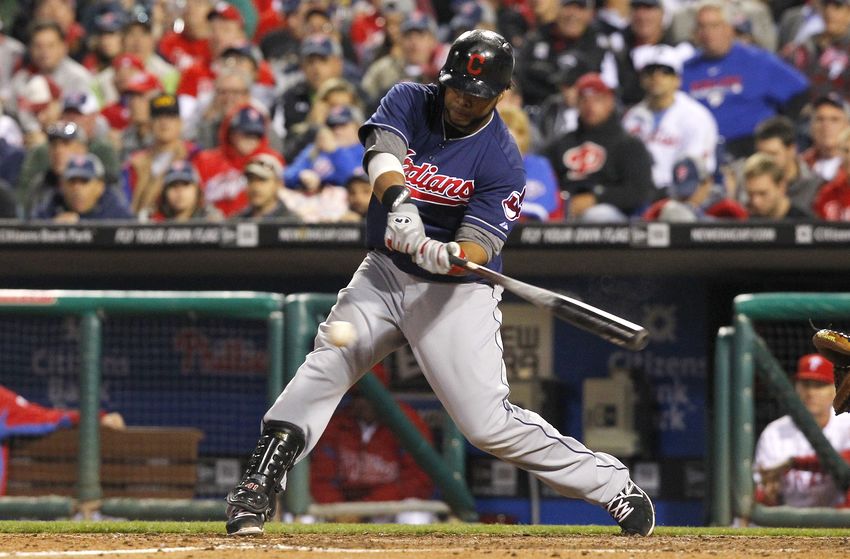 On Friday, the Philadelphia Phillies agreed to a $60 million three-year deal with Carlos Santana the veteran first baseball who becomes the biggest free agent signing for the franchise in the last seven years. The deal signals a big change in the team’s philosophy that pledged high numbers of at-bats for young players across the board in 2018.

That rebuilding process will now have a veteran in the mix. The signing of Santana, who has a career on-base percentage of .365, could see Rhys Hoskins moved to left field permanently. It could also spark a trade for a strong, young pitcher that involves one of the promising outfielders on the team.

It might even attract other top free agents who see that the Phillies pay well for players’ services.

However, more than anything, it announces to the baseball world that the Phillies are headed in the right direction following a liquidation of their roster.

In April, Santana will be 32, and the Phillies wanted to sign him to a commitment of three years, that will be finalized when he completes a physical. The deal includes a 2021 club option.

The three-year deal is shorter than ones other sluggers such as Eric Hosmer and J.D. Martinez will receive, but mitigated some risk in the deal for $60 million.

The Phillies traded earlier on Friday their longest tenured player. Freddy Galvis was sent to the San Diego Padres in exchange for a minor-league pitcher and makes J.P. Crawford the team’s shortstop. He is unproven but has gets on-base often.

Santana was signed by the Indians in the Dominican Republic and has played his entire professional career in the Cleveland organization. He started at catcher but over the past few seasons transitioned into a first baseman, with an occasional game at third base or designated hitter.

Santana has not played behind the plate since 2014, and is not expected to play there for the Phillies.

With Hoskins likely going to left permanently, some will see their at bats sacrificed. The Phillies had three young outfielders at the end of the 2017 regular season in Aaron Altherr, Nick Williams and Odubel Herrera.

Add in Hoskins to the mix and that makes four , which is too many and someone will be seeing less time on the field and at the plate.

The Phillies may choose to rotate the four players as much as possible so they stay fresh and giver the roster flexibility, but that could also lower the effectiveness of each player.