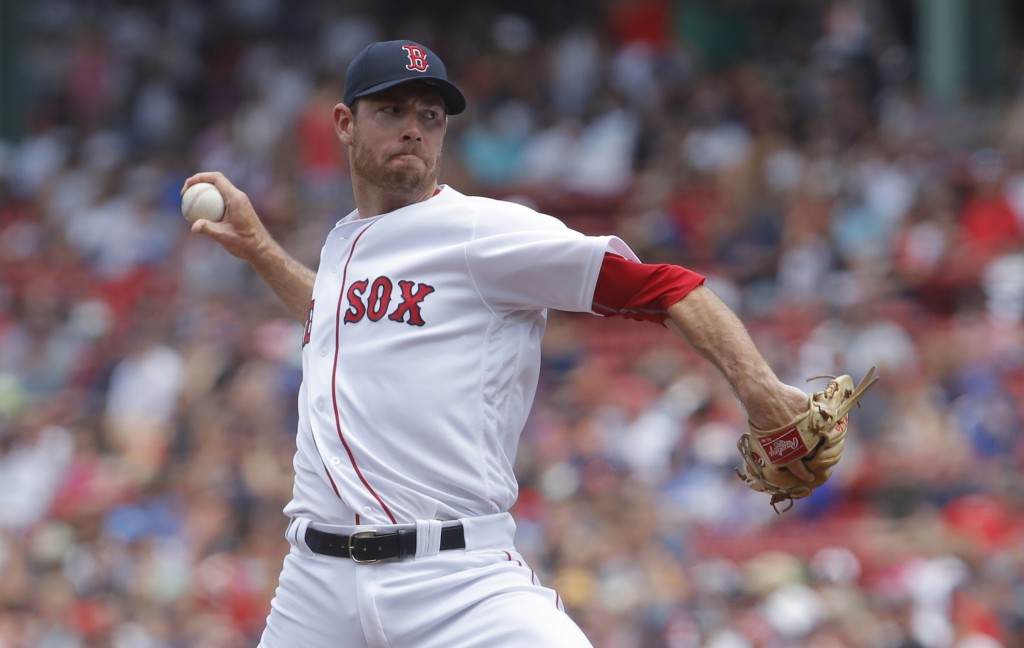 As winter approaches, the Texas Rangers front office knows it needs to strengthen its starting rotation before spring training.

Sources said late Sunday that the Rangers started that process by agreeing to a deal with starting pitcher Doug Fister. The free-agent, who pitched last season for the Boston Red Sox, will officially become a member of the Rangers once he passes his physical, said sources.

Surely, Texas is not done with its search for new starting pitchers, and it is very likely that Fister will not be their biggest signing of the offseason, but by having the right-hander it addresses concerns with depth.

Fister, who is 33, was 5-9 with an ERA of 4.88, a WHIP of 1.38 and 83 strikeouts across 90 plus innings last season. He had good peripherals but it was his increase in velocity that helped him reach a strikeout rate of 8.3 per nine innings, which was a career-best.

For most, the logic is that Fister will make a successful fourth or fifth starter in the Texas rotation, unless they do not find other pitchers to fill gaping holes.

Of course, Texas needs more in the line of top starters in their rotation. Yu Darvish, who would have been a free agent now anyway, was traded in July to the Los Angeles Dodgers and Andrew Cashner opted for the free agent route.

The biggest candidates still on the roster from last season to take up top spots in the rotations are Cole Hamels and Martin Perez. The two did not pitch exceptionally well in 2017, and Perez actually pitched below average.

After those two, there is A.J. Griffin who last season had an ERA of 5.94 and Nick Martinez and his 5.66 ERA. Talk has surfaced of Matt Bush having an opportunity to make the rotation, but that is not certain.

Young prospect Yohander Mendez is going to be given a shot at cracking the rotation as well.

After seeing the current choices on the roster now, there should be no question why the Rangers opted to sign Fister. The team needs arms in a big way and ones that are able to survive an entire season while pitching in the rotation.

Of course bigger signings are in their crosshairs, but the Rangers needed to sign a pitcher with the quality of Fister and sooner is much better than later.