Aaron Judge and Gary Sanchez Have Break Out Games 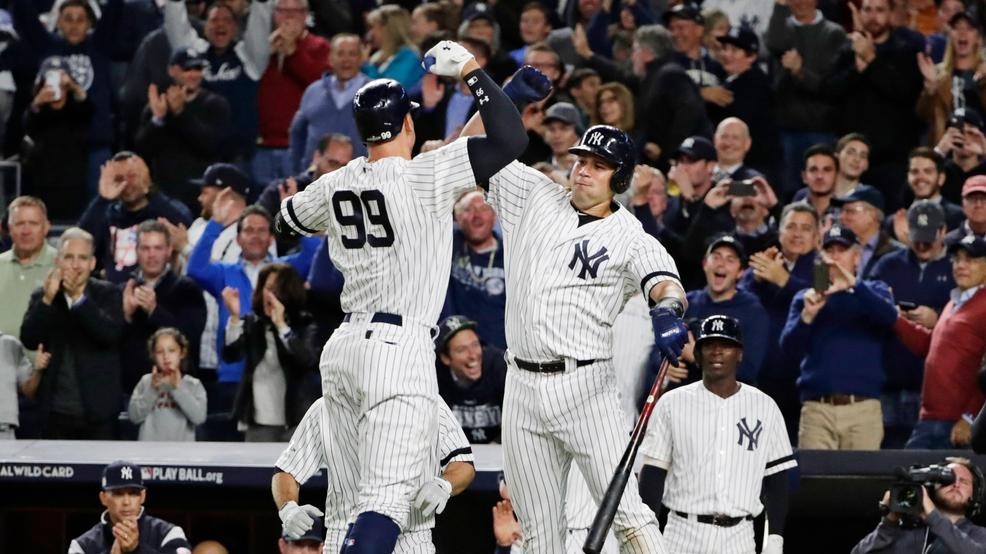 If the New York Yankees are able to rally to beat the Houston Astros and win the American League Championship Series, the come from behind rally to win Game 4 will be remembered as the turning point in the best of seven series.

The Yankees trailed 4-0 entering their half of the seventh inning. New York scored a pair of runs during the seventh, and added four more in the eighth to walk away with a 6-4 victory and knot the series at 2-2.

They were behind 2-0 after Games 1 and 2 in Houston, just the way they were versus the Cleveland Indians in the ALDS.

The comeback on Tuesday was fueled by a pair of players who entered the game with poor stats through the first three games of the series.

Judge hit a homer in the blowout by the Yankees in Game 3, but combined the two had 2 hits in 21 at bats through the opening three games of the ALCS.

In Game 4, rookie sensation Judge began the Yankees comeback with a home run in the seventh, and tied the game at 4-4 with a double off the wall during the eighth.

Over his past seven appearances at the plate, Judge has 3 hits including a pair of home runs and a double, with two walks.

What is more important, Judge is laying off the breaking ball that Astros’ hurlers were feeding him.

After Didi Gregorius singled to move Judge to third in the eighth, Sanchez boomed a double to the gap in right center field knocking in both Judge and Gregorius to give the Yankees a 6-4 lead they would not relinquish in the ninth.

Sanchez entered Game 4, 0 for his last 15 dating back to the series with the Indians, although the outs he was recently making had progressed from a pitiful strikeout to loud contact.

After three games with very little output from Judge or Sanchez, the team’s two best hitters, the Yankees won a critical Game 4 when each of them snapped out of their batting slumps with clutch hits.

The hits helped to turn a possible 3-1 deficit in the series with both Dallas Keuchel and Justin Verlander on the horizon, into a tie of 2-2.

The Yankees will now have their two best hurlers in Luis Severino and Masahiro Tanaka to start the next two games and the team’s best two hitters are suddenly back in sync at the plate.