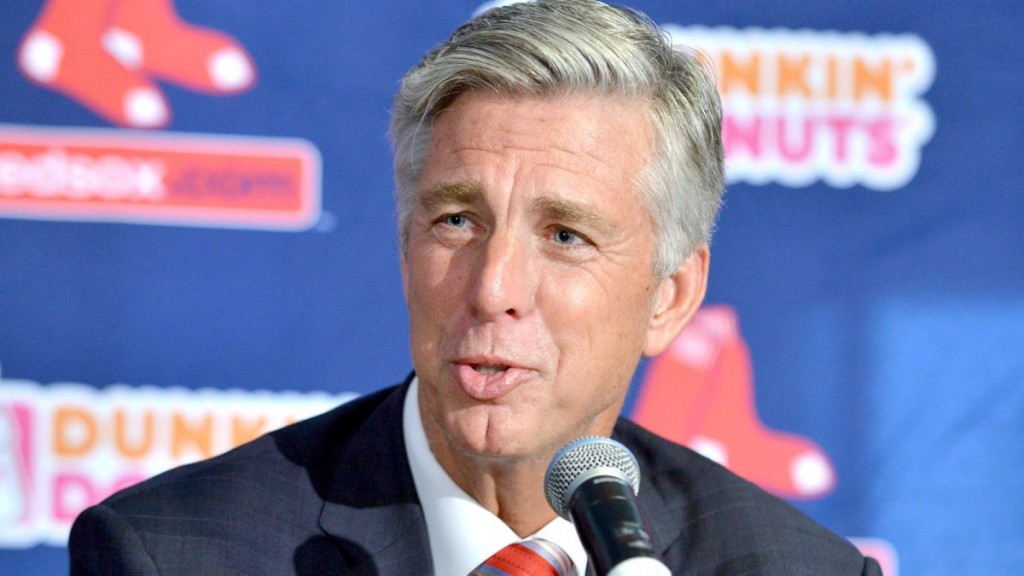 During a storied career that has seen him taste success as general manager of the Montreal Expos, Florida Marlins and Detroit Tigers, Dave Dombrowski has authored a history of trading high-profile prospects for impact veterans. When the Boston Red Sox named him vice president of baseball operations late last season, pundits wondered whether he would tap into the organization’s highly-rated farm system, or keep a bulk of the names who could be instrumental in the club’s long-term vitality.

Dombrowski did ship a package of promising minor leaguers centered around outfielder Manuel Margot (who is No. 14 on the Baseball Prospectus 2016 Top 101 Prospects list)  and shortstop Javier Guerra (who reached No. 34 in Keith Law’s rankings) for closer Craig Kimbrel. Yet the savvy executive did not detract from the system’s overall depth and talent.

Considering the Red Sox have endured three last place finishes in the American League East around their 2013 World Series title, Dombrowski is aiming to create and sustain a legitimate contender for the long term. Guerra was expendable because the club already has Bogaerts entrenched at shortstop. With Benintendi’s presence, the Red Sox could afford to include Margot in the deal that landed Kimbrel, who at 27 is one of the game’s most dominant closers and under team control through 2018.

Dombrowski is unlikely to trade Moncada, Devers, Benintendi or Espinoza because of their significant upside.

Moncada’s natural position is second base, so he could be the heir apparent to Dustin Pedroia. Beforehand, he has the athleticism to play another position, likely a corner outfield spot. Like Moncada, Devers is respected as one of the premiere hitters in the minor leagues. When David Ortiz retires after the 2016 campaign, the Red Sox can insert Hanley Ramirez into the DH spot and move Pablo Sandoval or Devers to first base.

Benintendi is a plus defensive center fielder with a potent bat, and he offers the club depth in case Rusney Castillo and/or Bradley do not deliver enough at the plate. At 21, the left-handed hitting Benintendi is projected to open the season at advanced Single-A Salem, so he is likely two years away from being Major League ready. The Red Sox outfield could feature Moncada, Betts and Benintendi as early as 2018.

Espinoza will not be 18 until March 9, but he is already considered one of the most exciting pitching prospects in baseball. Slated to begin the season at Single-A Greenville, the Venezuelan right-hander features a high 90s fast ball with a plus curve ball and change-up. He has top of the rotation potential and could give the Red Sox a formidable core along with David Price, Rodriguez and even Owens a few years in the future.

As spring training nears, the Red Sox appear to have few holes at the Major League level. Yet injuries and underperforming players are part of every season, so if Dombrowski needs to make a single move or multiple deals to fill voids, he has an arsenal of young Major Leaguers and high-profile prospects from all levels of the farm system.