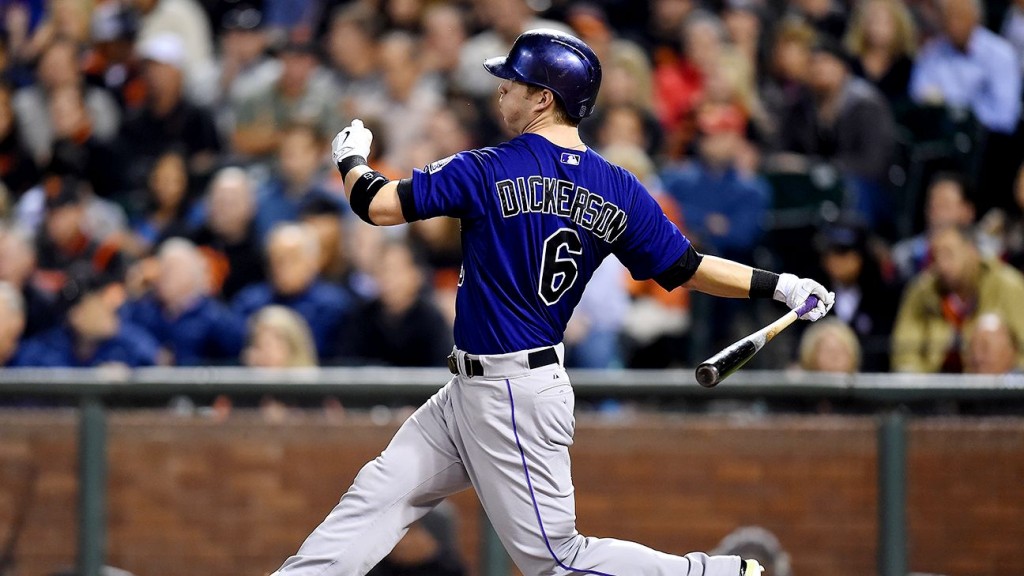 The Tampa Bay Rays have agreed to a trade to acquire outfielder Corey Dickerson and a prospect from the Colorado Rockies, for lefty reliever Jake McGee and a Rays prospect.

The 29-year-old McGee posted a 2.41 ERA with an exceptional 32.9 strikeout rate last season. The Rays will shed McGee’s $4.8 million salary in the deal.

Dickerson hit .304/.333/.536 last season that was limited to 65 games due to injuries. The signing of Gerardo Parra to a three-year, $27.5 million deal earlier this month left the Rockies with a surplus of lefty-handed hitting outfielders. Dickerson is under team control until 2020, a factor in the Rays way of building a team.

Over his career, Dickerson has hit an exceptional .355 at home and a pedestrian .249 on the road.

The Rays already have several names in a now crowded outfield, including Desmond Jennings and Brandon Guyer in left field, Kevin Kiermaier in center field, and Steven Souza Jr. in right field, with Steve Pearce working into the mix so another trade could very well follow, with Jennings the most likely to be moved.