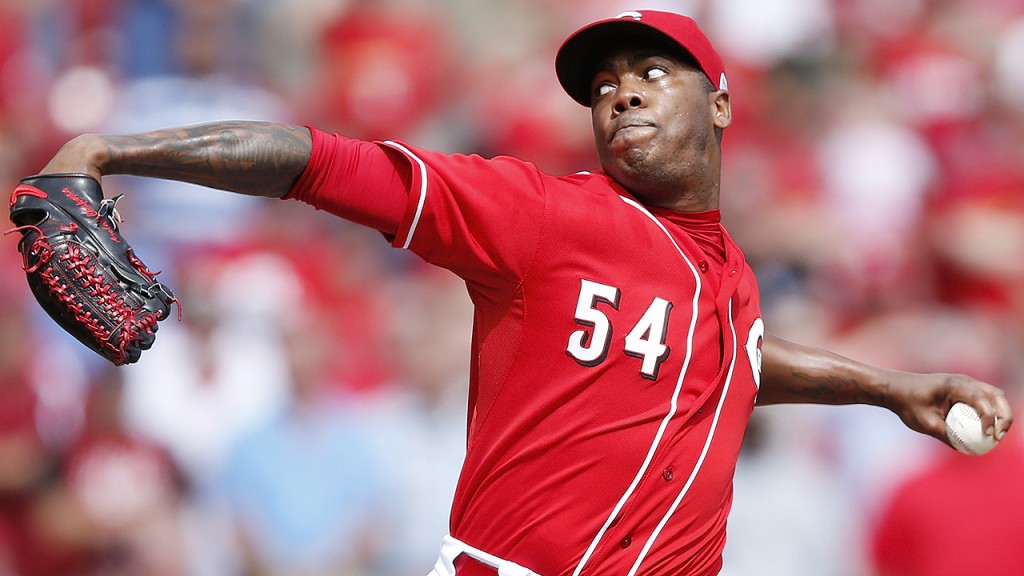 The Los Angeles Dodgers started off the 2015 Winter Meetings with a splash, acquiring left-hander Aroldis Chapman from the Cincinnati Reds for two prospects. FOX Sports MLB Insider Ken Rosenthal on Sunday reported the Dodgers were “making progress” on the trade.  The deal, which is pending Chapman’s passing a medical examination

Reds president of baseball operations Walt Jocketty said last month that he hoped to move the hard-throwing left-hander before this week’s winter meetings in Nashville, Tennessee.

“We still wanted to be somewhat protective of our club last year,” Jocketty said. “We had certain guys we just didn’t want to move. We started at the deadline knowing that we would gear up—’16 would be a transition year and in ’17 and ’18, we think we could be stronger and more competitive.”

Last season the Dodgers finished 19th in MLB with a 3.91 bullpen ERA and 20th with a .249 opponents’ ERA by the bullpen. The Dodgers’ 21 blown saves were tied for fourth-most in the NL last season.

Pairing Chapman with incumbent closer Kenley Jansen would almost certainly make their eighth- and ninth-inning combination the best in baseball.

They reached an agreement Sunday with six-time All-Star Chase Utley, who will return to them in his newfound role as a backup infielder, according to a person familiar with the situation who spoke under the condition of anonymity because the contract was being finalized.