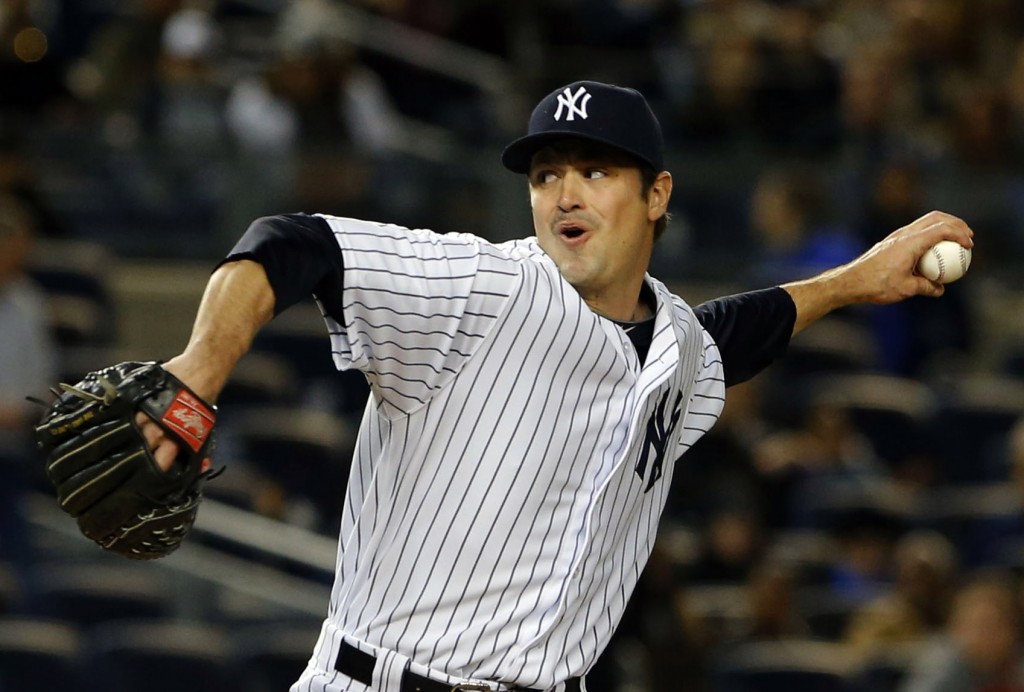 With the ink of David Price‘s new contract still drying in the front office of their arch rival, the New York Yankees face multiple options for how they will proceed this winter. Winter Meetings will be in full effect shortly where the position player market is likely to heat up after the Big Three of pitchers (Jordan Zimmerman, Price and Zack Greinke) are all likely to be off the boards by the end of business on Friday.

Fortunately for the Yankees, free agent pitching is not its biggest need this winter. Ivan Nova is likely to be tendered a contract and presumably a healthy: CC Sabathia, Nathan Eovaldi, Michael Pineda, Luis Severino and Masahiro Tanaka are likely to return to the rotation this season.

The biggest questions the Yankees face are as follows:

The Yankees will need to be honest with itself as an organization over the next few months. Realistically, the Red Sox just added the best free agent starter and a top two closer to a roster which played pretty good baseball down the stretch and has little signs of aging to worry about. But perhaps even more formidable than that threat are the Blue Jays, who lost virtually nobody of significance from the top offense by a wide margin and though no longer with Price, did add a couple of starters and get a front-end arm in Marcus Stroman back.

Despite rumors of the Yankees being willing to back-load deals for major players this winter, it would be wiser for them to continue the same path in 2016 as 2015 and look into some savvy trades to continue to get younger and better long-term. It’s not the worst thing in the world if the Yankees spend another year developing a budding farm system, holding onto its first round pick and getting a handle on its payroll.

Next season, Mark Teixeira and Carlos Beltran will free up about $35 million in annual dollars. A couple of years later, CC Sabathia and Alex Rodriguez will free up $50 million or so more. The Yankees have a window to spend big next winter (albeit on a weak free agent class) or absorb a large contract and can also strike again in 2019. Supplemented with the emergence of Bird, Severino, and the 2016 versions likely in Gary Sanchez (with a path cleared from the JR Murphy trade for Aaron Hicks) and Aaron Judge waiting with experience already in AAA.

If the Yankees can develop a core of two or three position players at a cheap price and maintain a stable of young pitchers in their 20’s under long-term deals to join a veteran core already on the roster long-term, they’re going to be where they need to be going forward. This year it would be wise to stay the course, maintain the payroll, let the competition peak and look to build something sustainable long-term.

There will be no Cold War at the Winter Meetings in a few weeks and that will be the best decision the Yankees can make.