Yankees Need to Remember Own History 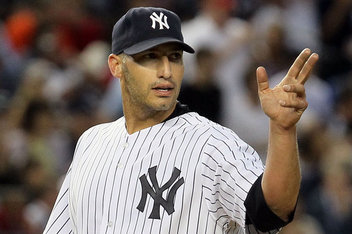 The New York Yankees have won 27 world championships spread out across 92 years. Babe Ruth, Lou Gehrig, Yogi Berra, Joe Dimaggio: The team in pinstripes has no shortage of greatness from greatest to simply “Hall of Famer”. Fifty three different players have played for the Yankees and sit in Cooperstown and 26 of them entered with the Yankees as their primary team.

This isn’t a lesson in statistics, it’s a lesson in just how special the Yankees’ past has been. Before the 1990’s dynasty, the Yankees had 17 players with retired numbers, six of whom who were not in the Hall of Fame.

One broke the home run record (Roger Maris), one was a team captain (Thurman Munson), one was a manager (Billy Martin) and one was the best player on his team for nearly a decade (Don Mattingly). There was a time when retiring your number in the Bronx may have seemed excessive, but it wasn’t. There’s simply that many numbers to recognize in the team’s history.

New York has never had strict policies (like the Red Sox) for justification of retiring a number, but it’s always been about feel, honor and tradition; All of the terms nauseating to other fan bases, but a staple of being a Yankees’ fan.

The Yankees had won 22 world championships before 1996 and retired the aforementioned 17 numbers. There was never a shortage of worthy players except for the 80’s when only Mattingly gained the team honor. Monument Park was built to recognize great Yankees and occasionally sport-altering non-Yankees and that should be where the best players from championship teams, who were not also elite in their sport, should live. That is where young kids should go to understand the names of yesteryear and how they impacted small fragments of an enormous past from one franchise.

“Retiring numbers”, should be reserved for the best players to ever play the sport, who happened to be Yankees. Bernie Williams, Jorge Posada, Andy Pettitte and Paul O’Neill (unofficially) are not those types of players. Yet three of them will have their numbers retired and the fourth nobody has dared worn since he left the team except for a brief period when Latroy Hawkins didn’t quite understand this unwritten and illogical unofficial rule.

The worst part of this is the Yankees have plenty of first-ballot talent from the dynasty in the 90’s. Derek Jeter, Mariano Rivera and Joe Torre are all in or will be in the Hall of Fame as soon as possible. One was the captain, one was arguably the most important player and the other presided over four world championship teams. All of those guys should be in anyone’s Hall of Fame (and Torre already is in the official one, inducted last season).

But somewhere between Mattingly and Posada the Yankees decided to cheapen their own honors. Give these specific to 90’s winning guys plaques like was done for Tino Martinez. That’s what they deserve, forever immortal in a museum created for those distinctions. But retire their numbers? The Yankees have won a world championship in all but one decade since the 1920’s. They won multiple championships in every decade before the turn of the century except one. What happens when they have another dynasty one day? What happens when the new core arrives? Do they just retire numbers from anyone who made a major impact on championships? Are they selling themselves that short in the future?

Does it make any sense 17 players were split between 22 championships and 64 years (1939 was the first year of a retired player and 2003 was the most recent) and now we’re actually looking at six players (seven counting O’Neill) because of five championships in a 12 year span? This isn’t asking the Yankees to change its policies, it’s asking the Yankees to remember its measuring stick.

When this process is over, the Yankees will have five new numbers no longer available (Rivera’s 42 was already retired by MLB because of Jackie Robinson and O’Neill as mentioned, is not officially retired), bringing the total number from 17 to 22. There will no longer be single digits (although this was expected since it was Torre and Jeter involved) and 24% of the overall options for the rest of eternity will be off-limits.

To imply eight people (Torre, Williams, Martinez, Jeter, Rivera, O’Neill, Posada and Pettitte) are “immortal” from one batch of championships is one thing (and there’s no doubt all eight of them will have a plaque one day) but to think seven different players should never see their uniform number worn in another game for the rest of time because they were that impactful in Yankees’ history? The richest history of them all? The history with the most options to recognize greatness?

Jeter, Rivera and Torre should be recognized by the Yankees in a different light and on a higher plane than: Williams, Posada and Pettitte. Honoring them in the same exact way is insulting to everyone involved and the players would be the first ones to admit to it.

Going forward a player should either be: A Hall of Famer, a former MVP at least once, have broken a major MLB record, a Captain, or the best player on his team for an extended period of time. No exceptions. If the Yankees can’t police themselves, someone should have to do it for them.