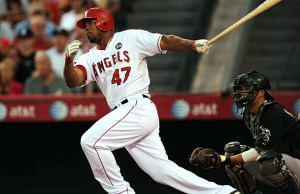 The Los Angeles Dodgers added Howie Kendrick via trade with the Los Angeles Angels and signed free agent pitcher Brandon McCarthy to  a four year deal worth $48 million. Earlier Wednesday night the Dodgers completed a blockbuster deal with the Miami Marlins that allowed them to add pitching prospect Andrew Heaney. They then shipped Heaney to the Marlins in exchange for Kendrick.

Swapping out Dee Gordon for Howie Kendrick gives the Dodgers a substantial upgrade at the second base position, at least for 2015. The 31 year-old Kendrick is in the last year of a four year contract worth $33 million. He’s been a steady hitter for quite some time that also plays solid defense. 2014 was one of Kendrick’s best seasons as he batted .293/.347/.397 and totaled just under +5 WAR.

For his career Kendrick has hit .292/.332/.424 which comes out to a 107 wRC+, very good numbers for a second baseman. Steamer projects a .275/.323/.397 line for 2015, which is significantly better than Gordon’s projection. He’ll team up with the newly-acquired Jimmy Rollins to form the Dodgers double play combo. 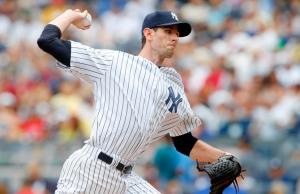 The 31 year-old McCarthy made 30 starts in 2014 for the first time in his career. He was dealt to the New York Yankees in July and authored a 2.89 ERA in 14 starts for the Yankees. McCarthy had trouble with the longball while with the Arizona Diamondbacks, which led to a bloated 5.01 ERA. Nevertheless, he did post a career-best strikeout rate of 20.9 percent while walking just 4.0 percent of batters.

Over the last two years McCarthy’s ERA has been rather pedestrian. But, he made some significant adjustments prior to the 2014 season which helped him improve his strikeout and groundball rates. McCarthy added two miles per hour to his fastball. He credits a more strenuous offseason lifting routine with helping him make this progress while also staying healthy.

Four years and $48 million looks like a lot for a pitcher who owns a 4.24 ERA over the last two years. The Dodgers are betting that the gains McCarthy made in velocity and health will carry over into 2015 and beyond. His park-adjusted xFIP was much better than his ERA and on par with pitchers such as Madison Bumgarner and Hisashi Iwakuma. Fortunately, the Dodgers don’t need him to perform at that level to live up to his contract. Steamer projects a 3.51 ERA in 163 innings. Dodger Stadium will likely suppress McCarthy’s HR/FB ratio, and if he maintains the increased fastball velocity, he could easily beat those numbers.

The Dodgers have been very busy this offseason. Their rotation which now features Clayton Kershaw, Zack Greinke and Hyun-Jin Ryu in addition to McCarthy looks like one of the best in baseball. Also, they’ve filled the hole at shortstop left by Hanley Ramirez and improved the second base position. Look for them to acquire some more relief help before this offseason is over.