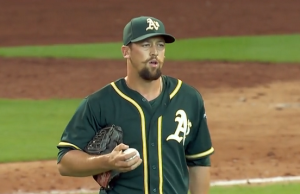 The Houston Astros upgraded their bullpen by signing relief pitchers Luke Gregerson and Pat Neshek. Gregerson’s deal is for three years and $18.5 million and Neshek is under contract for two years and $12.5 million. After two consecutive seasons of having one of the worst relief corps in the major leagues, the Astros are making a push to shore up the staff.

The 30 year-old Gregerson spent last season with the Oakland Athletics where he pitched to a 2.12 ERA in 72 appearances. The right-hander struck out 20.8 percent of hitters, down from 23.9 percent the previous season. Gregerson’s best weapon is his slider, and for his career he’s thrown the pitch over 50 percent of the time. His fastball comes in around the high 80s, but with his slider he’s managed solid strikeout rates. In the 2012 and 2013 seasons he struck out 24 percent of hitters. For his career opposing batters have managed to hit just .211 against Gregerson.

The St. Louis Cardinals brought in Pat Neshek on a minor league deal last offseason. Neshek not only made the big league roster, he was named to his first career All-Star game. The 34 year-old sidearmer posted a 1.87 ERA and a 26.7 percent strikeout rate to go along with a minuscule 3.5 percent walk rate. Despite throwing from a low arm angle, Neshek’s fastball came in at an average of just over 90 miles per hour in 2014, his best mark since his debut season in 2006. He’s always had his way with right-handed hitters but in 2014 Neshek limited lefty bats to a meager .192/.237/.304 slash line. Over the course of his career he’s fanned 25 percent of hitters, a strong rate. 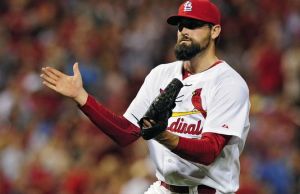 The Cardinals struck gold by signing Neshek to a minor league deal last year. Now he’s set to make a solid payday after he enjoyed the best season of his career in 2014. Both he and Gregerson and taking advantage of what appears to be a lot of cash flowing around the free agent market. Relief pitchers have done very well thus far this offseason.

Gregerson and Neshek will improve an Astros bullpen that has pitched to a 4.87 ERA and -5 WAR over the last couple of seasons. Furthermore, it’s very possible that the Astros will seek to move either or both of them as the July trade deadline approaches. General Manager Jeff Luhnow has shown a pattern of acquiring players in the offseason to swap at the deadline. Though Gregerson and Neshek are upgrades on what has been a miserable Astros relief staff, they’re not about to make this team into a contending one. Look for them to be shopped actively once the Astros fall out of contention.