Tampa Bay Rays all in with Kevin Cash 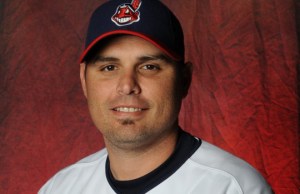 According to Ken Rosenthal of FOX Sports (Twitter link), the Tampa Bay Rays are expected to name Kevin Cash as the teams manager, replacing the popular Joe Maddon who opted out of his deal with Tampa Bay on October. Cash, 36, spent the 2013 and 2014 seasons as the Cleveland Indians’ bullpen coach.

A Tampa native and a former Devil Rays catcher in 2005, he spent eight seasons in the majors, mostly within the American League East. Before taking his current role with the Indians, he was a major-league advance scout with the Toronto Blue Jays.

Cash, Wakamatsu and Ibanez were chosen as the three finalsts.

“Kevin brings so much to an organization, brings great leadership. I know his title is bullpen coach, but he does far more than that within our organization. I have no doubt when that time comes he’ll be an extraordinary major-league manager.”  Indians general manager Chris Antonetti said recently.

“His energy and dynamic personality will fit seamlessly with our clubhouse,” Rays owner Stuart Sternberg said in a statement. “We are fortunate to have such a talented individual, and Tampa Bay native, to lead our club as we strive to achieve new heights as a team and organization.”