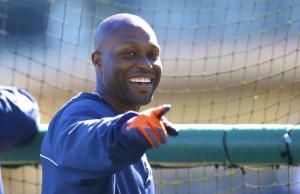 The Minnesota Twins have signed veteran outfielder Torii Hunter to a one-year deal worth $10.5 million, reports Ken Rosenthal. Hunter returns to the team where he began his career all the way back in 1997. The veteran outfielder will turn 40 during the 2015 season. Nevertheless, he’s managed to produce offensive numbers at least ten percent better than the major league average in every season since 2006.

After a five year stint with the Los Angeles Angels from 2008-12, Hunter spent the last two seasons with the Detroit Tigers. Only two years ago Hunter authored one of his best seasons as a major leauger. At age 36 he ripped the ball to the tune of a .313/.365/.451 slash line with 16 home runs and strong defense in right field. All told he posted +5 WAR.

In his time with the Tigers Hunter has still produced well at the plate but his outfield defense has deteriorated significantly. He batted .304/.334/.465 for a 117 wRC+ in 2013 but graded out as well below-average in right field. This season Hunter had very similar offensive stats, batting .286/.319/.446 with 17 home runs but he rated as one of the worst outfield defenders in baseball. Despite owning a 113 wRC+, he come out as just a shade above replacement level.

It’s clear that Hunter’s outfield defense has declined with age. He no longer makes the highlight reel catches he so often made in his first go-round with the Twins. Defensive metrics aren’t quite as reliable as offensive ones but by any account Hunter is a below average corner outfielder. Still, it’s unlikely that he’ll post similarly poor numbers in the outfield in 2015. Even at his age, he can still make an impact with the bat.

Steamer projects Hunter to hit .284/.328/.427 in 2015, which would continue his stretch of producing offensive numbers at least ten percent better than the major league average. Steamer also forecasts poor outfield defense, but not nearly as bad as graded by UZR in 2014. Overall, a projection of about +2 WAR would make Hunter a roughly average player.

This could be Hunter’s last major league season. It’s somewhat curious that he would sign with the Twins, who are unlikely to contend for a playoff berth this season. Also, it’s odd that the Twins would allocate upwards of $10 million to an aging outfielder when they are in the middle of a transition towards a more youthful team. But, Hunter is very well respected as a veteran leader and perhaps the Twins are placing a lot of weight on his ability to be a positive influence in the clubhouse.