Royals Salvador Perez Bouncing Back in the World Series 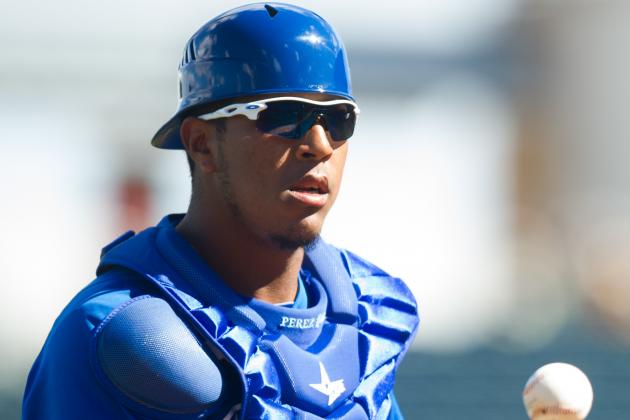 Salvador Perez helped propel the Kansas City Royals to victory over the San Francisco Giants Wednesday night. His two-run double off Hunter Strickland helped the Royals break open a 3-2 game. The next batter, Omar Infante, slammed a two-run home run, giving the Royals a 7-2 edge which would hold up.

Perez struggled mightily in the ALDS and ALCS. He had just one hit in the wild card game, but his line drive past a diving Josh Donaldson would give the Royals a walk-off victory. In 29 plate appearances between the ALDS and ALCS he reached base just four times, with three singles and one walk.

The Royals backstop has already accumulated more total bases in the World Series than he has in the rest of the postseason. In game one he accounted for the Royals only run, with a solo home run. His double in game two opened the floodgates in what ended up being a five run inning for Kansas City.

Just 24, Perez has been a workhorse behind the plate for the Royals. Including playoffs he’s appeared in 160 games this season, with all but four of them at the catcher position. Perez receives accolades for his defensive work, and he features a very strong arm. Pitch-framing numbers don’t love him, and it’s clear he’s not as adept in that area of the game as his World Series counterpart, Buster Posey.

Offensively Perez has dropped off somewhat from his first two seasons as the Royals starting catcher. During his injury-shortened 2012 season in which he played in just 76 games, he hit .301/.328/.471, good for a 126 wRC+. He struck out in just 8.9 percent of his plate appearances, and popped 11 home runs.

While his power output dropped last year Perez still produced above-average numbers offensively. He had a slash line of .292/.323/.433, for a 106 wRC+, sound numbers for a catcher. This year Perez has taken his free-swinging ways to a whole new level.

Since the All-Star break, Perez has swung at over 50 percent of pitches outside of the strike zone. His 3.6 percent walk rate this season was the lowest of his career. While his 14 percent strikeout rate was still significantly lower than the major league average, it was the highest of the young catcher’s career. Overall he hit just .260/.289/.403, for a 92 wRC+. In the second half, he hit a miserable .229/.236/.360 with just three walks.

In the playoffs pitchers have been able to exploit Perez’ swing-happy ways by consistently pitching him outside of the strike zone. During the ALDS and ALCS he looked hopeless against sliders low and away. The Royals have to hope that his first two games are a sign that he’s made an adjustment.