Derek Jeter is Everything Keith Olbermann Should Want 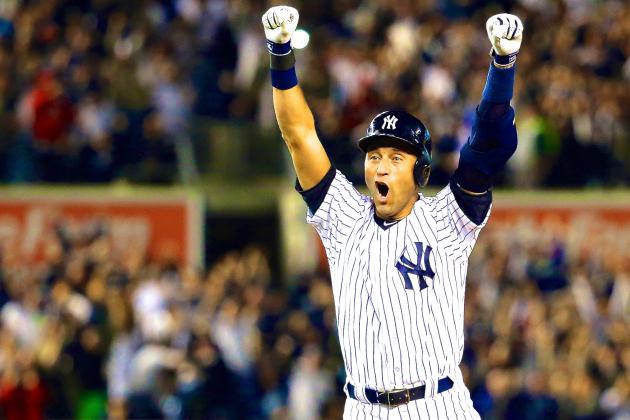 For nearly seven minutes straight, America’s best version of an agenda-pushing, media shill threw caution into the wind by arguing about something he entirely made up right before opening his mouth.

In case you were busy doing…Anything else, Keith Olbermann has been back with ESPN and has his own show. He starts shows with opening monologues and used one on Tuesday night to absolutely blast someone who has been near and dear to the majority’s hearts for the past two decades.

Let’s get a few things straight right off the bat: Derek Jeter is not the best player of all time, and nobody ever claimed he was. Jorge Posada, Jeter’s best friend and teammate of over a decade said he considers him the best Yankee of all time, but it’s hardly a reliable or objective source, so using that as an argument would seem pretty foolish. Olbermann did it anyway.

Derek Jeter did announce his retirement at the very beginning of this season. He did receive gifts everywhere he went, he did get selected to an All-Star Game he didn’t deserve (and played a terrific game anyway) and he will likely stay retired unlike his former teammate and close friend, Andy Pettitte.

But this is what always cracks me up about that argument, what is Jeter supposed to do? He knew he was going to retire, was he supposed to not reveal it until it was “appropriate”? If so, when was that going to be? Some point to Lou Gehrig giving a speech for one game and that being that. But it was before national television, before social media, before ticket prices were outrageous, before traveling to see your favorite player was commonplace. If you’re making comparisons about player etiquette that are twice Jeter’s age, you’ve already lost your argument. You think Babe Ruth would have lasted in the majors if everything he allegedly did in his day was constantly out in the open? Mickey Mantle? Ty Cobb?

On one hand you could do it late in the year and rob 20 years’ worth of fans from being able to plan a time to say goodbye. On the other hand, you can be Derek Jeter. So let’s cross that off the list of things in his control, he made the right decision, he didn’t orchestrate the media frenzy which previously had followed Mariano Rivera as recently as last year and even players like Chipper Jones before that.

But the main problem with Olbermann’s rant is the intense irony clouding it. Jeter was too over the top? Too flashy? Too full of himself? What was that Olbermann rant which was on a show named after himself lasting three times as long as it needed to be? Why did Olbermann make those points now, in the final week of Jeter’s career instead of early in the year when it was evident all teams would celebrate him and you knew it would last a full season? Ratings?

The chance to play Devil’s Advocate and stand out from a crowd? Of course it was all of those things because Keith Olbermann is the worst. He’s a self absorbed, egomaniac who could learn a few lessons from Jeter off the field. But first let’s focus on it.

Olbermann pointed out quite a few players he considered better than Jeter, and quite a few “stats” to back it up. I’m going to choose to ignore all of Jeter’s accomplishments that can directly tie into his teams. You can argue his leadership played a role but we can’t quantify that so we’ll omit it. This means, none of his five World Series rings play a role, nor his runs scored (2nd in Yankees’ history) nor his Gold Gloves (which he didn’t deserve), nor his postseason cumulative stats.

Olbermann starts off implying Jeter was never the clear cut best player on his team or in the league and this is mostly true. He wasn’t a stolen base guy like Rickey Henderson, a slugger like Babe Ruth or a prolific run producer. He also batted second and played shortstop, two positions not directly responsible for any of those things. Also, why did he have to be elite at any one thing?

Can’t he be among the best in most things and that still make him elite? Can’t being starter worthy, leading some categories at times, averaging 151 games a year until he was 38 and being sixth in something 18,000 players have attempted and not done as well, be elite?

Then Olbermann continues: Jeter wasn’t a leader even for longevity among other players who played around the same amount of games, again, for some reason, sighting: HR, RBI, SB etc. Olbermann is too smart and has watched too much baseball to be this stupid. 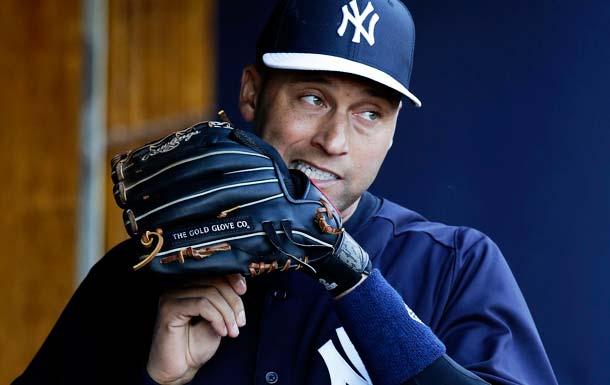 Those are Jeter’s numbers compared to other Yankees. Olbermann found a way to make Jeter the 11th best Yankee and based it on WAR, a stat still being debated even by those who helped create it and make it mainstream.

If you noticed, it was the only stat Olbermann used when comparing Jeter to other Yankees’ players.

When you’re top 10 in every major category, it’s part because you stayed relevant for 20 years and part because you were pretty good. Like for instance, nobody helped Jeter deliver the most singles, doubles and stolen bases as a Yankee. The most prolific franchise of all-time and Jeter is top 10 in 10 of the most important categories and we’re criticizing this?

That’s Jeter compared to any other SS in MLB history ever. This is what happens when we compare him to his position and actually evaluate statistics effectively. Is it OK to compare him to all time greats now?

These are Jeter’s numbers against any other Yankees’ Shortstops. Is it OK to proclaim him kind of important to the franchise now?

Olbermann found a way to make SB, HR and RBI look like a disadvantage to Jeter, but he forgot to add them all together as one player. He also conveniently ignored hits, which if nothing else, makes Jeter an automatic first ballot Hall of Famer, which automatically makes him elite. Jeter is sixth in total hits. Sixth. Out of well over 18,000 players. You don’t luck your way into over 3,400 hits.

“Jeter and Hank Aaron are the only two players in MLB history with 16-or-more seasons of at least 150 hits, 20 doubles and 10 homers.”

How about this stat:

I would say that’s a pretty nice sample size to imply Jeter rises to the occasion on the sport’s biggest stage against the hardest competition.

So the final verdict is this: Derek Jeter played very well for 20 years and when you add those two things together you get a player we may never see again. Derek Jeter stayed healthy, he played elite baseball in the regular and postseason and he did it all with one team, which happens to be the biggest market in the sport.

Olbermann should learn to be more like Jeter. Maybe then he won’t be fired every five seconds from every major market and excel in nothing. Even when Olbermann is at the top of his game he learns how to sabotage his talents. Instead of worrying about what the media and fans are doing or feeling in regards to Jeter, Olbermann can focus on why everyone is reacting this way. Maybe then he can fix his own career and personal relationships one day.

Until then, he should just learn how to keep his mouth shut and enjoy watching history in a sport which glorifies it more than any other.