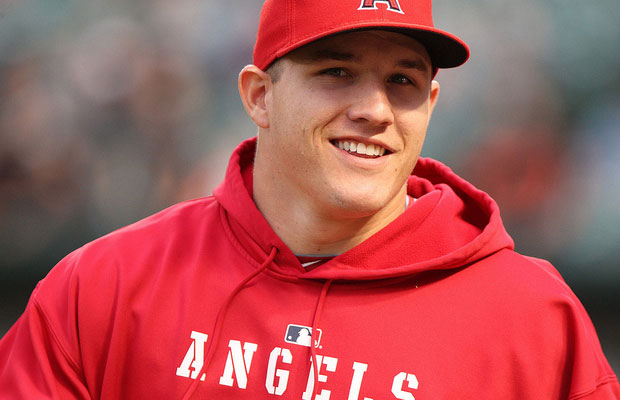 Following a four game sweep of the Oakland Athletics, the Los Angeles Angels own a commanding 4.5 game lead in the American League West with 26 games to play. A season-ending injury to ace pitcher Garrett Richards has not slowed the Angels down. While the Angels are lacking in pitching depth, their lineup is stacked from top to bottom. A familiar face, Mike Trout, has been the star of the show for Los Angeles.

Trout has altered his game in his third full season. He’s striking out more frequently and stealing fewer bases while hitting more home runs. His strikeout rate has increased from 19.0 percent in 2013 to 25.1 percent this season. At the same time, his walk rate is down from 15.4 percent to 11.5 percent. Meanwhile, he’s stolen 13 bases after nabbing 82 in the past two seasons. Defensively, his ratings in the outfield are not at the elite levels they were the previous two seasons.

However, Trout has accumulated 72 extra-base hits, including 31 home runs. Only four hitters have hit more home runs, and Trout’s .270 ISO is more than 30 points higher than the previous two years. He still has great speed, though he doesn’t belong in the conversation for fastest player in baseball. But, he’s matured into one of the game’s premier power hitters.

Besides Trout, the Angels have a plethora of solid hitters. While he’s not producing at peak levels, Albert Pujols is turning in a solid season with a .276/.332/.469 slash line and 24 home runs. Josh Hamilton missed a significant chunk of the season with a wrist injury, but he’s hit well when on the field.

Chris Iannetta has been an offensive powerhouse behind the plate, with a .265/.380/.431 batting line, and Kole Calhoun is making a name for himself in his first full season. Further down the line are middle infielders Erick Aybar and Howie Kendrick, both of whom have been above-average at the plate. Colin Cowgill has chipped in nicely, as has C.J. Cron. All together, the Angels hitters have a .260/.324/.405 batting line, which ties them with the Detroit Tigers for a major-league best 110 wRC+.

After a disappointing 2013 season, the Angels own the best record in baseball. Barring a collapse, they’ll avoid the Wild Card game and host the divisional series. Spectacular as it has been, 2014 hasn’t been Trout’s best season, but it should be the year he wins the American League Most Valuable Player award.