Chris Archer Stepping up for the Tampa Bay Rays 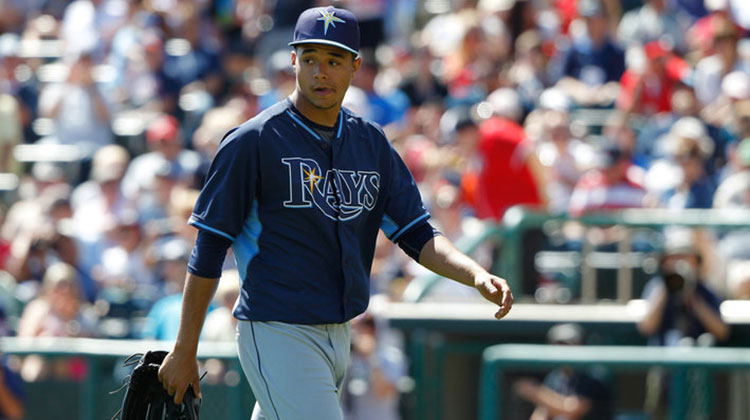 It’s been something of a lost season for the Tampa Bay Rays. They got off to a terrible start, and at one point owned the worst record in baseball. A mid-season tear gave them a distant shot at playoff contention, but they went on a skid just prior to the trade deadline and sent ace pitcher David Price to the Detroit Tigers in a three-team deal. In a season where they were expected to content for the American League East title and possibly the pennant, the Rays will struggle to finish at .500.

However, there have been bright spots to this season, and third-year pitcher Chris Archer is one of them. Archer, who was acquired from the Chicago Cubs in the Matt Garza deal, has always had excellent stuff, but routinely struggled with his control in the minor leagues. He received cup of coffee with the Rays in 2012, and made 23 starts for the big league club in 2013.

Over those 23 starts, Archer acquitted himself well, posting strikeout and walk rates of 19.2 percent and 7.2 percent, respectively. His peripherals weren’t as impressive as his 3.22 ERA, but they were solid nonetheless. With a fastball that averaged 95 miles per hour and a wipeout slider, Archer dominated right-handed batters, holding them to a .174/.237/.218 batting line. In the offseason, the Rays locked him up with a $25.5 million deal for six years with two team options.

Archer has rewarded the Rays confidence in him with a strong 2014 campaign. He ranks 18th among qualified starters with 3.2 fWAR, which sandwiches him between Hisashi Iwakuma and Cole Hamels. While his walk rate has risen to 9.3 percent, Archer has offset that by striking out 22.1 percent of hitters. The 25 year-old right-hander has also managed to limit the long ball.

In 150.1 innings, he’s surrendered just six home runs, after allowing 15 home runs in 128.2 innings the year prior. That’s been a big factor in dropping his FIP by nearly a full run from 4.07 to 3.08. Looking forward it’s almost sure that his 4.9% HR/FB ratio will rise, but the increase in strikeouts and the big bump in infield fly balls will help him keep the ball in the park.

Archer is a two-pitch guy, as he throws his changeup only about one in every 20 pitches. However, with a fastball that sits in the mid 90’s and a devastating slider, those two pitches are enough to make him a solid starter. There’s no replacing Price, but with Archer locked up for the long term, and Alex Cobb establishing himself as a premier starter when healthy, the Rays won’t be lacking for pitching.

2014 has been a frustrating season for the Rays and their fans. Injuries and slumps derailed the first half of their season, and the subsequent surge was too little, too late. But, with Archer progressing as expected, and new young talent in Drew Smyly and Nick Franklin, the Rays are in shape to be contenders in 2015.