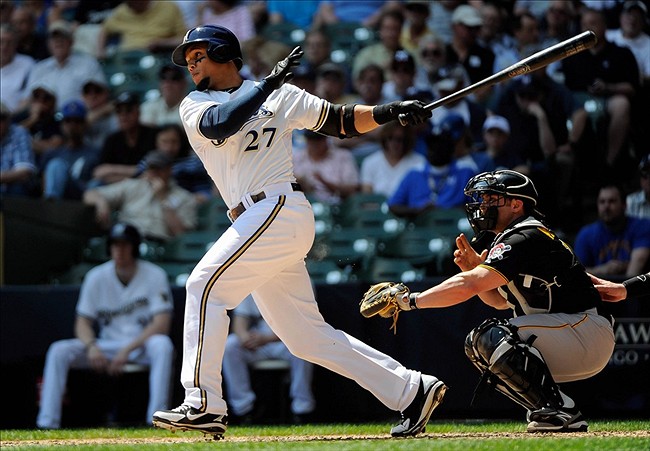 In one the season’s biggest surprises, the Milwaukee Brewers are enjoying a three game lead in the National League Central division. While 2014 was supposed to be the St. Louis Cardinals‘ year, Milwaukee’s convincing lead makes them the favorite to take home the division crown. The Brew Crew has been lead by two MVP candidates, Carlos Gomez and Jonathan Lucroy.

This season Gomez is hitting .284/.346/.483 for a 131 wRC+. Add in his strong centerfield defense and speed on the bases and he’s tallied 4.4 fWAR. That places him in a tie for 5th in the National League, but he’s only half a win behind Giancarlo Stanton. That’s a minor difference, and given the Brewers surprising success, Gomez is a legitimate MVP candidate. 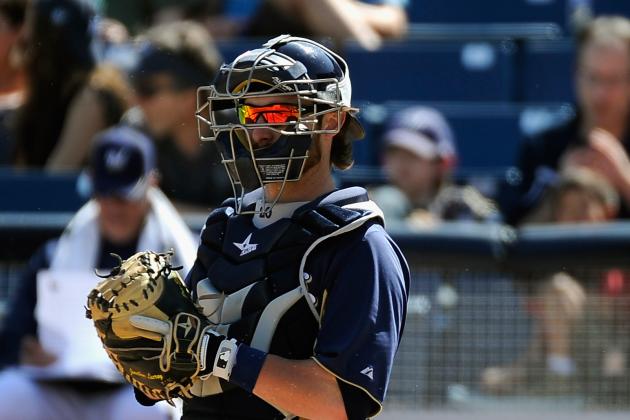 Lucroy was a third round pick in the 2007 MLB Draft. The 28 year-old made the big league squad three years later and spent the first season of his big league career splitting time with Gregg Zaun and George Kottaras. He earned the starting role the following season, but hit a rather pedestrian .265/.313/.391 for a 92 wRC+. Since 2012, Lucroy boasts a .297/.357/.478 batting line for a 128 wRC+ which is on par with Yadier Molina and behind Buster Posey.

The Brewers backstop is turning in his best year yet. He’s bumped his walk rate to a career-best 9.6 percent while keeping his strikeout rate to a low 11.6 percent. Overall he’s slashing .302/.369/.481 for a 136 wRC+ which is easily the top mark among catchers. With Molina injured and Posey having an ordinary year by his standards, Lucroy has been the premier catcher in baseball.

While Lucroy doesn’t possess a cannon arm, he’s one of the best in the game at blocking pitches in the dirt. Also, he’s an exceptional pitch-framer. StatCorner ranks him second in baseball in that category. Pitch-framing isn’t included in the WAR models. Still, Lucroy also has 4.4 fWAR. Combine that with his pitch-framing prowess, and there’s a strong argument to be made that Lucroy has been the best position player in the National League.

It’s been a remarkable season for the Brewers, and one that stands a good likelihood of continuing into October. Carlos Gomez and Jonathan Lucroy have been the top contributors to this squad, and their performances deserve serious consideration when the time for MVP voting rolls around.