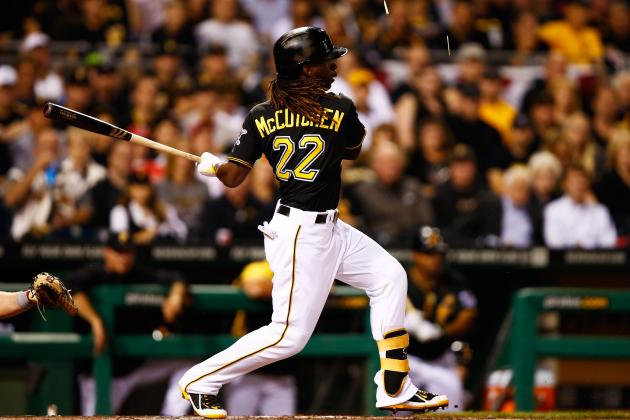 The Pittsburgh Pirates are expected to announced that All-Star center fielder Andrew McCutchen will be placed 15-day disabled list due to an oblique muscle injury, according to the  the Pittsburgh Post-Gazette.

McCutchen may miss up to a month of playing time, significantly impacting the Pirates run at a playoff spot.

The injury occurred during Sundays game with the Arizona Diamondbacks during an eighth inning at bat.

The Pirates are currently 1 1/2 games behind the Milwaukee Brewers in the National League Central. Last years National League MVP, McCutchen is hitting .311 with 17 home runs and 67 RBIs this season.

Left fielder Starling Marte is the likely choice to replace McCutchen in center field, which leaves a hole in left field.

Josh Harrison and Travis Snider would likely be the replacements there.