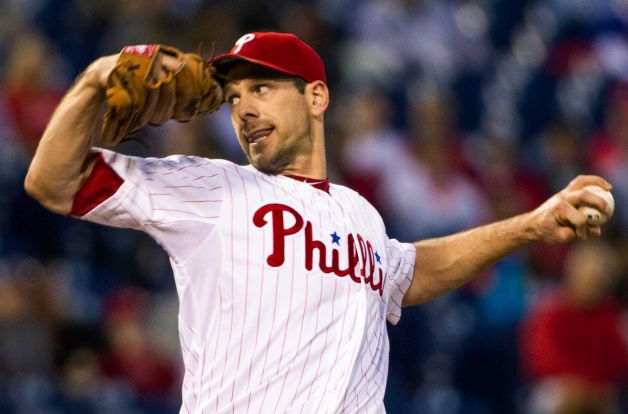 Chase Headley is the perfect type of low-risk, high-reward the Yankees target in all facets of Front Office action, whether it’s the MLB draft or the trade deadline. With Headley’s ability to play third every day or pop around corner infield and outfield, the Yankees added versatility, a glimmer of high upside and a young(er) bat, all at the price of a sell-high non-prospect and an A ball non-elite pitcher.

Those are the deals the Yankees need to make if they want to appease public perception and avoid crippling the future by trading the few gems in a fragile farm system. Unfortunately, it’s more than likely the only one they will make this month.

New York is unlikely to target relief help (nor is it much needed) and it’s difficult to visualize a scenario where it gets a second baseman better than a Roberts/Wheeler/Johnson platoon at little cost, so expect the Yankees to wrap up the trade deadline by trying to land the biggest “fish” it can; Cliff Lee.

Lee is coming off of an injury and is a Free Agent at the end of 2015. The spin here is he can help the team now and potentially replace Hiroki Kuroda should he not return next season.

The cost should be only slightly steeper than Headley’s. If the Yankees can land Lee and not give up Aaron Judge, Gary Sanchez, or Luis Severino, it might be worth it, but it’s realistic to expect one of the big but slowly fading outfield prospects (Slade Heathcott, Mason Williams or Tyler Austin) and a pitcher to get it done (Ian Clarkin, Jose Ramirez, Manny Banuelos).

It benefits the Phillies because Ruben Amero frees up some payroll and salvages at least something for not trading his biggest trade piece the past two offseasons and it benefits the Yankees who can make one more run in 2015 and then hope its farm or giant haul of international signings starts to assist the parent club.

Coming off of an injury, it may only cost one of the aforementioned caliber of prospects, absorbing the full salary and a couple of filler prospects, but regardless, the Yankees‘ only remaining target is likely going to be Lee.