What Should the Dodgers Do With Their Outfielders? 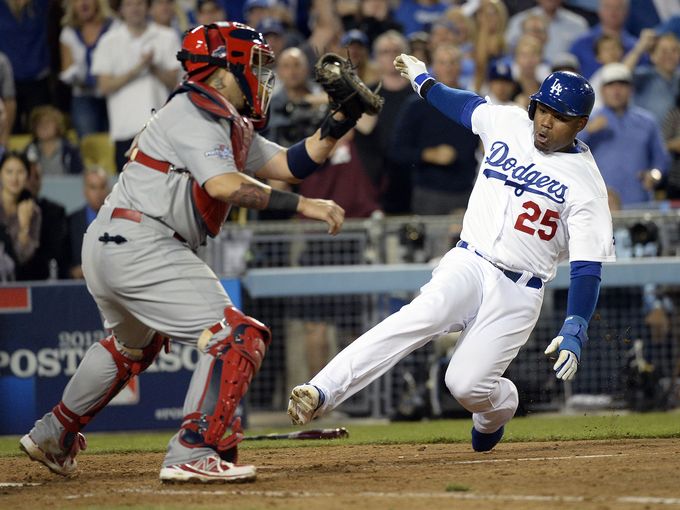 The Los Angeles Dodgers have a lot of money tied up in their outfield. Matt Kemp is owed $128 million over the next six seasons. They’re on the hook with Andre Ethier for at least $70 million in the next four years, and Carl Crawford will chew up $82 million in that span as well. Then, there is the young and inexpensive phenom Yasiel Puig, who will earn at least $35 through 2018.

That’s a lot of money, and a lot of years for the trio of Kemp, Ethier, and Crawford. Based on his remarkable 2013 season, Puig looks to be a sure-fire starter, but that leaves two spots for the other three. Barring a trade or injury, the Dodgers will have a very expensive bench player on their hands. Of course, that’s not much of a problem for them and their seemingly endless piles of cash.

Looking ahead to 2014, it’s likely that pitchers will do a better job of exploiting Puig’s weaknesses, as the 23 year-old had the highest swinging strike rate in baseball at 16.9 percent, and one of the highest chase rates at 37 percent. Still, he’s a special talent who looks to be the Dodgers best outfielder. Steamer projects a .290/.360/.502 line for a 141 wRC+ and 4.9 fWAR. I suspect he’ll come in under that, and closer to his ZiPS projection of 3.8 fWAR, but that leaves the Dodgers with a very good young player at a low cost. 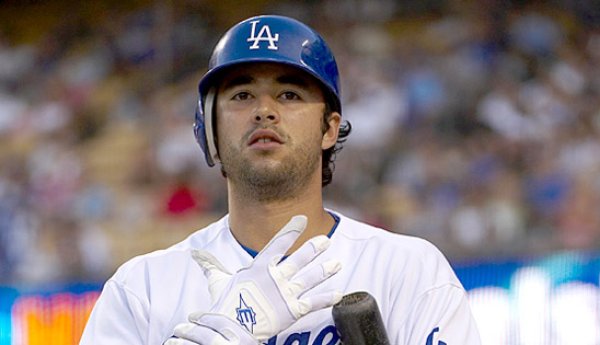 He does have a pretty big hole in his game in that he is a career .235/.294/.351 hitter against left-handed pitching, and has been even worse in the last three seasons. Big contract aside, that would seem to make him a good candidate for a platoon. Ethier doesn’t provide much value on the basepaths or with the glove, though he’s worked hard to improve from being an awful defender to an acceptable one. ZiPS thinks the soon-to-be 32 year-old will age a little worse than does Steamer, but taken together, he projects as a +2 win player for 2014.

His name has been mentioned in trade rumors this offseason, particularly in connection with the Seattle Mariners, but with Kemp’s health up in the air, it seems that the Dodgers will wait and see before moving him.

The Dodgers picked up the remainder of Crawford’s seven year, $142 million contract after the Boston Red Sox dealt him less than two years into the deal. He’s had trouble staying on the field, and has played only 147 games the last two seasons. Crawford won’t steal 50 bags like he did with the Tampa Bay Rays, but he still has value on the bases.

Like Ethier, he’s always struggled against lefties, and the last three seasons have seen him hit .210/.261/.335. He’s 32, and his contract would seemingly prohibit the Dodgers from moving him. They’ll hope he can provide a couple more decent seasons, but given his age and declining speed, he looks like a +2 win player at best. 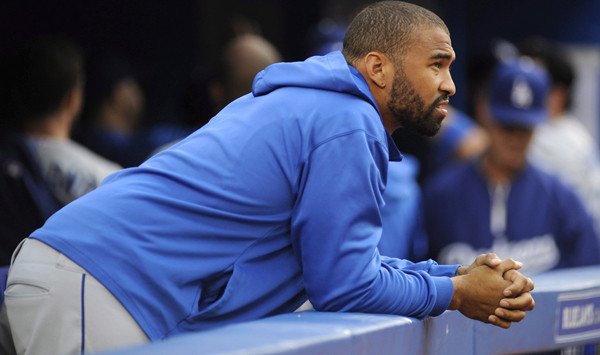 From there, injuries have taken their toll on the formerly durable Kemp. Limited by hamstring injuries, a shoulder ailment that required surgery, and a bad ankle injury that he’s still recovering from, he’s been roughly replacement level over his last 600 plate appearances.

Given the bevy of leg injuries, it’s unlikely that Kemp can swipe more than 10-15 bases or handle centerfield, a position where defensive metrics have not given favorable reviews of his work. Time will tell if he can regain his power after undergoing shoulder surgery. The Mariners appeared to be interested in Kemp in November and December, but talks have apparently stopped. Right now, it doesn’t look like he’ll be ready for the Dodgers season opener in Australia.

Finally, the Dodgers have top prospect Joc Pederson, who isn’t far away from the big leagues after lighting up Double-A as a 21 year-old and giving a strong showing in winter ball.  He could be ready for a midseason callup if the Dodgers need him.

For the time being, the Dodgers are unlikely to make any moves in the outfield, as Kemp continues to recover from ankle surgery. Perhaps they’ll be able to move Ethier or Kemp later in the preseason, though they would likely have to eat a lot of cash to do so. If Kemp is healthy, it looks like Crawford might be the odd man out, though a platoon with Kemp is possible if unlikely.

Fortunately, the Dodgers are better equipped to handle dead money than any other team, with the possible exception of the New York Yankees. Allocating approximately $60 million to three outfielders who project to be average in 2014 would be a disaster for most teams, but it’s chump change to the Dodgers who not only have money in abundance but also the good fortune of owning the rights to Puig and Hyun-jin Ryu for well below market rates for the next several years.