Six Teams With the Best Chances to Land Masahiro Tanaka 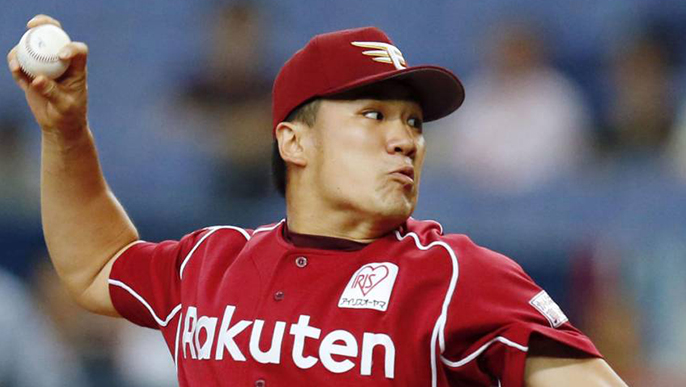 The Winter’s biggest blockbuster player has been posted and Major League Baseball teams will take the next month or so to decide if they want to negotiate with Masahiro Tanaka. Before evaluating who has the best chance of landing the prized 25-year-old Japanese import, it’s important to set a few ground rules and eliminate a few possibilities right off the bat.

Chances are almost half of baseball will make a $20 million dollar bid, even if most of them stand little to no chance of actually landing Tanaka. Teams like the: Boston Red Sox, Texas Rangers, Detroit Tigers, Cincinnati Reds, San Diego Padres, Philadelphia Phillies and Baltimore Orioles might make bids, but it’s unlikely any of them will be serious contenders.

The Red Sox have six starters under contract next season and have laid low the entire off season. Though when they landed Daisuke Matsuzaka it was important to establish Boston as an excellent place for Asian presence, Boston already has Junichi Tazawa and Koji Uehara under contract and bidding on Tanaka would very likely put the Sox over the luxury tax limit, which is something they specifically have been looking to avoid.

The Tigers don’t have a real need, the Reds haven’t won a Japanese bid in 14 years, the Padres won’t be willing to pay for the actual contract (neither will the Orioles) and Texas has been a popular prediction but seems unlikely.

The Rangers just finished signing Shin-Soo Choo and have absorbed Prince Fielder‘s contract, showing strong indications they are not looking to add another big contract. The demand is not there either since the Rangers have six starters for next season.

While the Phillies have been rumored to have interest, and could use a replacement for the recently retired, Roy Halladay, they already have invested a lot of money in Cliff Lee and Cole Hamels.

This doesn’t include money invested in Jimmy Rollins and Chase Utley and a big investment in Ryan Howard. It wouldn’t make sense for the Phillies to be looking to dump Jonathan Papelbon‘s contract if they were going to turn around and sign Tanaka.

It’s also important to consider this: A total of 13 players have been posted under the system as we knew it, nine of them were posted by teams playing on a coast. Of postings with a bid over $6 million, three of them were on a coast (Darvish being the lone exception). So while teams like the Arizona Diamondbacks may claim to want Tanaka, it’s extremely unrealistic they actually claim and sign him.

Teams with the best chances to land Masahiro Tanaka:

Probably the most logical choice. The Yankees are one of the only teams who have expressed interest throughout the winter. If you follow New York’s offseason, it almost seems like they have planned around Tanaka. The Yankees went out and took care of all of its offensive needs by paying whatever price necessary to secure their players. They quickly re-signed Hiroki Kuroda, who is also from Japan and also throws a nasty splitter like Tanaka. They clearly need another starter and are at the point where it would appear they will only meet luxury tax demands if A-Rod is suspended, which would mean signing Tanaka would be a no-brainer either way.

Though many claim the Dodgers or Cubs are the bigger threat, smart money is on the Yankees, who should actually be all in on Tanaka, play in the biggest market in the world, with a diverse population and have a history with swaying players who prefer to pitch on the West Coast (CC Sabathia). Keep in mind, if the Yankees do sign Tanaka, it will have to be at a higher price than most competitors. New York has some of the highest state income tax and plays on the east coast.

The Dodgers have taken the role of the Yankees since 2012. Whenever there is a major free agent in play, they are automatically attached to that name and presumed to be the favorites to sign them. When it comes to Masahiro Tanaka, the Dodgers make sense as a top option. Los Angeles has a heavy Japanese population, it’s on the west coast, they may have the highest payroll in baseball and they are a playoff contender with a deep history. The only problem is their interest has been “luke-warm” throughout and Zack Greinke is already signed to a long-term deal.

Though Josh Beckett and Chad Billingsley‘s contracts expire after next season, Los Angeles is way more likely to splurge on locking up Clayton Kershaw for life than to use a portion of that money to invest in an insurance policy for a guy who has never thrown a major league pitch. The Dodgers  make a lot of sense on paper, but don’t make sense to be fully invested in this, a mindset they would need to have to complete the deal. For a team who went pitcher heavy last year and still fell short, this seems unlikely.

Another LA team with deep pockets and also in need of pitching. With Jered Weaver a clear ace before 2013 and CJ Wilson on the roster, Tanaka would make an excellent third starter to the rotation. Still, Weaver has a large contract, and Alber Pujols and Josh Hamilton are under massive contracts as well. Why is this important? Mike Trout. Trout is the X-Factor here. The Angels have the most valuable commodity in all of baseball and will need to consider trying to lock him up long-term or prepare for him to walk as he heads into his prime. Will the Angels be willing to put another $20 million dollar contract on the payroll when they can have an alternative for less? Remember, Tanaka is not the only pitcher out there, but he does seem to have the highest upside. If the Angels can come close to Tanaka’s contract demands it’s a possibility, but it’s not clear how far they are willing to go for the Japanese import.

Next to the Yankees, the Cubs seem to have the most public ties towards Tanaka. Rumors have speculated they are willing to go all in and will match any offer out there to sign the righty. The deal would make sense since the Cubs could use a front-end starter, have plenty of money on the payroll and have gutted out most major deals on the roster in exchange for a flourishing future. Still, much like the Astros, it would be unlikely the Cubs would go as far as they may need to towards landing Tanaka. When you’re in a clear rebuilding phase, do you really make a massive nine digit splash on one player?

Haven’t the Cubs been working towards rebuilding through the farm system for a reason? Wouldn’t they want to continue doing that and then choose more proven commodities to make their few major signings? For a team in a full rebuild lead by Theo Epstein, it seems unlikely a 25-year-old with 1300 innings under his belt on a $100 million contract with no MLB experience would be the first major piece to fall into place.

Beyond all that, Chicago may be a major market but it is not on a coast. Tanaka will not have the same endorsement opportunities, he would likely rather be on the East Coast if not the West Coast and that may cost the Cubs more to draw him into a midwestern city.

The Giants are the ultimate dark horse. A west coast team in a city with a huge Japanese influence and a payroll finally rid of Barry Zito‘s enormous contract. The latter can be viewed either way as a positive or negative for then pursuing Tanaka. Do the Giants want to pursue another major contract right after the previous one panned out the way it did(n’t)?

San Francisco resigned Hunter Pence and signed Mike Morse, turning direct attention to improving an offense in need of improvement. They also went out and resigned Tim Lincecum while taking Tim Hudson out of Atlanta and adding him to what stands to be a strong rotation.

Right now: the Giants have just under $60 million committed to: Matt Cain, Lincecum, Vogelsong, Madison Bumgarner and Hudson. Prospect, Yusmeiro Petit, emerged towards the end of the season and represents insurance to San Francisco’s rotation, but if room were made for Tanaka, he is not a mandatory fifth starter. Tanaka would likely put the Giants over the edge for best rotation in baseball in a pitcher’s park, in a pitcher’s division in a pitcher’s league.

On the other hand, it’s taken the Yankees seven years to get over the Kei Igawa burn and Barry Zito‘s stands to be much worse for a franchise with no issues developing pitchers. All the pieces add up for Tanaka in San Francisco, but it’s not clear ownership will want to commit to another massive contract like this one would likely cost.

Signing Robinson Cano has helped change the perception of the Seattle Mariners. They broke through the looking glass and have now earned the respect of teams pursuing players in Free Agency. By signing Cano to a 10-year, $240 million dollar contract, Seattle has demonstrated it can sign anyone they want if they want to.

With Felix Hernandez and Hisashi Iwakuma already in the rotation, adding Tanaka could finally give Seattle the depth and front-end talent it needs to play in its home stadium. Seattle has an intense Japanese demographic and they signed the first major Japanese superstar when Ichiro Suzuki came overseas.

With a deep farm system of pitching talent, the Mariners could have a strong rotation for at least the next five years and very well longer with Tanaka. They play on the west coast, have expressed interest in bidding and are looking to make a statement and change the franchise around. Still, there are drawbacks to the potential Tanaka-Mariners marriage besides stealing the top two coveted players from the Yankees and the world immediately ending.

For starters, Mariners’ brass already announced after Cano they are not looking to make any additional major signings. Just as much as that could have been a smoke screen, so would tossing in a $20 million dollar bid they know they will get back in order to make it seem like they are still being aggressive.

The next major question would be whether or not Seattle wants to commit about $45 million annually for the next five or six years to two players, when they are so clearly more than two players away from competing. Seattle, like San Francisco, can play Poker and drive up the price if they want to with the best of them, but it’s unclear if they are willing to go far enough to take on Tanaka’s contract for their own payroll.