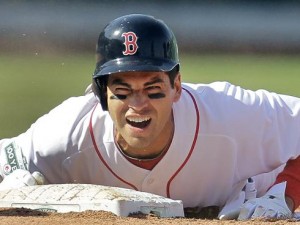 The New York Yankees have reached agreement with free-agent outfielder Jacoby Ellsbury. Earlier we reported on likely destinations for Ellsbury and listed the the Yankees, Red Sox, Giants and Mariners as the most likely landing spots.

Apparently the Yankees are the winners.  the deal is worth $153 million over seven years according to Mark Feinsand  of the New York Daily News.

The Yankees have been in talks with several free agents including  Carlos Beltran, Shin-Soo Choo  and their own Robinson Cano.