Why the Yankees Should Part Ways With Robinson Cano 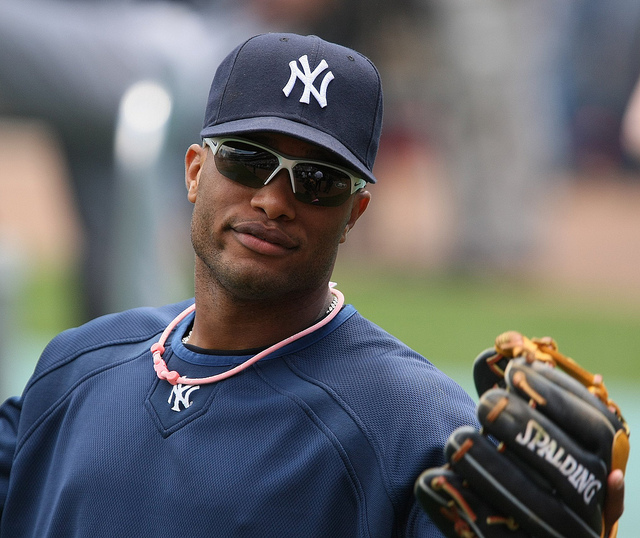 In order to prove to yourself the New York Yankees should pass on Robinson Cano, it takes one story from five years ago.

I still remember the winter after the 2008 baseball season. Frustration over so many injuries, disappointment in the farm system and the ultimate feeling the Yankees were just one or two parts away from becoming champions again despite an 89 win season and missing the playoffs.

After signing: CC Sabathia, A.J. Burnett and Mark Teixeira, the Yankees were able to do things like shift Phil Hughes into a bullpen role, use Andy Pettitte as a third starter and insert Teixeira as protection for Rodriguez. It was a simple matter of adding a few parts to make everything fall into place.

After 103 regular season wins and a six game series victory over the Phillies, the Yankees had won the World Series even with around $90 million coming off the payroll at the end of the previous failed season.

This time, it needs to be an opposite approach. Unlike in 2009 when there was promise with young pitching and the previous core was still an integral part of the team, these Yankees are old, cash-strapped and have a ton of dead weight on the roster.

They don’t have a legitimate core, they are not a couple of pieces away from a championship and they do not have the financial flexibility to load up on long-term contracts.

Sabathia was worth it but he’s already locked into an extension and it’s not looking great after a sub par 2013 campaign. Teixeira wasn’t on the field for almost all of last season and Burnett wore out his welcome so badly, he was banished to Pittsburgh where he found a new route into the postseason. Jorge Posada is long gone and so is his predecessor, Russell Martin.

The Yankees need a catcher. They need an everyday shortstop. They need a third baseman who can play every day and as if that’s not bad enough, after next year, they need an entirely new outfield, including backups.

They need front-line pitching, middle of the order hitting and back of the bullpen help, the three things all necessary to win championships. They have three slots potentially filled in the rotation and their best setup man is now an unproven closer.

Can some of these things be figured out this year? Yes. Next year? Yes. Do the Yankees have a quick fix like they did in 2009 to turn to? It’s very unlikely. So therefore, they need to actually rebuild. You can’t buy a core in Free Agency.

In fact, even teams who had a core and tried to go on spending sprees (the Angels, the Red Sox before the 2012 franchise reset trade, the Phillies, the Blue Jays, the Marlins) have almost all spectacularly failed.

Free agency was meant to be a supplement to what your franchise developed. Even for the Yankees, who can buy anyone they want any year except this one, the best success comes from your best players coming at a relative bargain.

A $300 million contract to a soon-to-be 31-year-old second baseman is not a bargain. Remove $100 million and it’s still not a bargain. In other words, Cano, easily the Yankees’ best player under contract, will not be on this team in 2014 at any sort of bargain.

Neither will Teixeira or Rodriguez, the other two position players signed to long and expensive deals. So suffice it to say though it makes the Yankees look good to have a middle of the order bat locked up, it’s both unlikely any long-term deal for Cano will work out in a few years when New York can realistically compete every year and it’s not a prudent decision.

For this Yankees’ crisis, it’s time to take a different approach. The Yankees have over $80 million coming off the books. They have three players out there who can be claimed by other teams and give New York extra picks in the draft.

Last season, the Yankees took a new-found approach to the draft and the key selections all have successful early results. Most of the farm talent is in the lower levels. Why not do something creative, the staple of all Yankees’ sustained success?

Why not cut down the payroll, save those picks, have back to back strong drafts, accept the fact you are not a legitimate contender in 2014 or 2015 regardless of who you purchase and shoot for 2016 as the year it all comes together?

Except if you take this approach and it works, you stay together for the next five years afterwards. Robinson Cano is a fantastic player who could take a team and bring them to the next level for the next three or four years.

Unfortunately for the Yankees, he is not four or five players and they won’t be in a position for Cano to lead this team until three years from now at the earliest, there’s just too many holes.

So is paying nine figures for a couple of productive years out of Cano when the Yankees actually have a shot worth it? Or is taking his money, everyone’s money, pumping it overseas into posting fees and international contracts and into the domestic draft the more logical approach to build a business?

This is a no-brainer for the Yankees in a time where the front office needs to use its collective brains. Let Cano walk and plug in the little pieces. Sign Masahiro Tanaka at any cost necessary.

Sign Grant Balfour who doesn’t cost a pick and maybe use just one of those picks on Brian McCann who can be a middle of the order bat, play catcher and eventually slide over to first base or DH).

Give playing time to Ivan Nova, Michael Pineda and David Phelps along with any player in the minors who deserves a shot. Collect the draft picks (two at a minimum this season and if healthy, offer Brett Gardner, Derek Jeter and Alfonso Soriano qualifying offers next season).

Prepare for another year or two of good draft position and fill in holes with bigger and better pieces as we head towards a tangible goal of 2016. By then you would have a three to four year draft crusade, a farm system with most of its talents in the upper levels and enough money to have any supplemental big name players you want, at any time, after this season.

To fix a major problem you need multiple solutions. It’s either approach it from a few angles or sign Robinson Cano.

The latter approach is how the Yankees jumped into this mess in the first place.

And it’s not the way to get out.