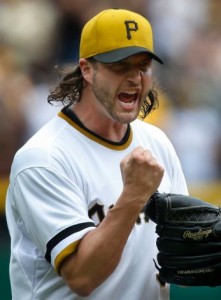 The Pittsburgh Pirates placed RHP Jason Grilli on the 15-day disabled list with a right forearm strain. Grilli was forced to exit Monday’s game after he hurt his forearm on a pitch.

Grilli is scheduled to head back to Pittsburgh for tests. Mark Melancon should fill the closer role for now and makes for a must-own in mixed fantasy leagues.