Relievers Who Could Be Closing After the Trade Deadline 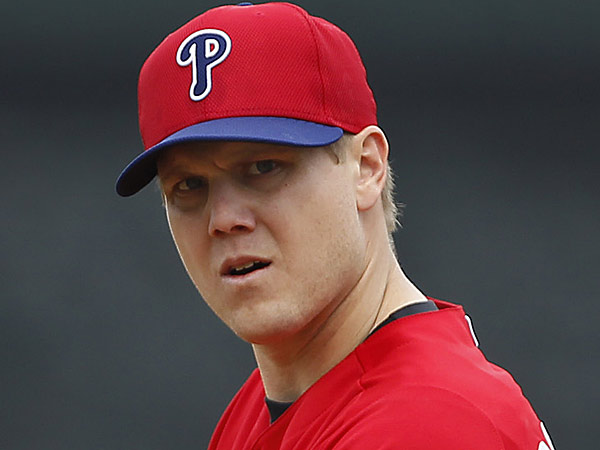 With the trade deadline steadily approaching (on July 31st), several players will inevitably find themselves playing for new teams. The focus of the deadline–at least from an analytical perspective–is usually the high powered team(s) that acquire the one or two “difference makers,” with the hopes of propelling themselves into the playoffs. However, the “sellers” experience big roster changes too.

In the case of trading veteran closers, “sellers” often turn to comparatively inexperienced setup men or middle relievers in the ninth inning to fill the void. A good example from last deadline was Jonathan Broxton and Greg Holland. The Kansas City Royals dealt Broxton to the Cincinnati Reds, and promoted dominant setup man Holland into the role.

Looking ahead to this year’s deadline, there could be a higher volume of setup-men-turned-closers.

Perhaps the most highly speculated on-the-move closer is Philadelphia Phillies’ stopper Jonathan Papelbon. Papelbon has pitched a 2.05 ERA (versus 3.77 xFIP), 0.88 WHIP, 5.40 K/BB, and 15 saves for the lowly Phillies. The Phils are currently five games below .500, and have been rumored to be dangling high-salaried veterans like Papelbon.

As for the San Diego Padres, the second half of 2013 could finally be the time the organization allows Luke Gregerson to close full time.

By comparison, Gregerson has hurled a 2.60 ERA (versus 3.24 xFIP), 1.01 WHIP, and 3.75 K/BB. Even though Gregerson and Street are both 29 years old, the former still has a remaining year of arbitration (and is thus a cheaper closing option). Given Street’s down season, the Padres might have trouble marketing the right-hander as a closer, but other teams should still have interest in the former first rounder as a solid setup option. 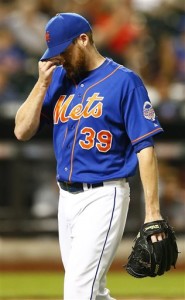 Even though the New York Mets’ bullpen is a major point of weakness, the team could still look to trade closer Bobby Parnell if suitors offer a big enough package.

The last time a major league team dealt a team-controlled closer was in 2010, when the Washington Nationals traded Matt Capps to the Minnesota Twins for catcher Wilson Ramos.

With the Detroit Tigers outwardly looking to acquire a closer, it’s possible the two team could match-up–especially if the Tigers dangled top outfield prospect Nick Castellanos.

Unlike the Padres or Phillies, however, the Mets don’t exactly have a setup man chomping at the bit.

The Mets would likely use either Brandon Lyon or David Aardsma in the role (assuming Frank Francisco does not return from injury this season).

There is no doubt that any contending team would improve their chances in 2013 by acquiring Papelbon, Parnell, and to a far lesser extent, Street, but for the “sellers,” nothing is a better test of an organization’s depth than filling a closer void from within.

Pennon Group Upgraded to “Outperform” by Royal Bank of Canada