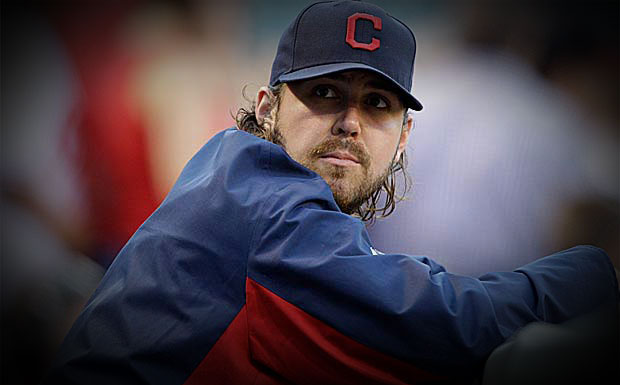 The Cleveland Indians have activated Chris Perez from the 15-day disabled list after the closer missed just over a month due to a strained right rotator cuff. Perez will join the Indians in the middle of a series with the Baltimore Orioles and will retake the reigns as primary closer from Vinnie Pestano, who performed solidly in Perez’s absence.

Pestano was five-for-five in save opportunities, posting a 2.45 ERA in 11.0 innings of work in his time as the fill-in closer.

Prior to his shoulder injury, Perez was coming off of a three-game period in which he surrendered seven runs in 2 2/3 innings, a stretch in which he garnered a loss and a blown save (his second of the season). In eight opportunities this season, Perez converted six for saves, after having saved a combined 98 games for the Indians over the past three seasons.

“Having [Perez] back is great,” Indians manager Terry Francona said. “But once we get into a flow where everybody is [clicking], that’ll be really good. That’ll be helpful.”

Perez completed a rehab game for short-season Mahoning Valley on Tuesday, pitching one inning and registering a strikeout. Both Perez and the Indians were pleased with the start and the progress of his rehab, as discussed by by Francona on Wednesday.

“He felt good. The reports were good. He did a good job,” said Francona. “And I know it’s kind of popular thinking that C.P. sort of has his own opinions and everything, but he couldn’t have been better with us in communicating and doing what we asked and being honest.”

During his stint on the DL, Perez and his wife were arrested and charged with misdemeanor drug possession after one-third of a pound of marijuana was shipped to the couple’s rental home in their dog’s name.

While those legal issues continue to play out, Perez and the Indians are focused on baseball and the summer stretch ahead, as Cleveland looks to reclaim the AL Central division lead from the Detroit Tigers. Cleveland currently sits second with a 40-38 record, 2 1/2 games the division lead.