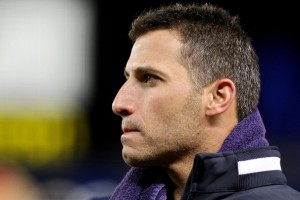 New York Yankees left-hander Andy Pettitte  allowed three hits over 7 1-3 innings to earn his 250th career victory, leading the Yankees to a 3-1 win over the Seattle Mariners  and in doing so becomes the 47th pitcher in major league history to reach that win total.

For Pettitte  the day was special for more than just his pitching.

Pettitte’s son Josh Pettitte, a right-hand pitcher for Deer Park (Texas) High School, was drafted by the Yankees in the 37th round in the Major League Baseball draft. He has  a scholarship offer from Baylor, and if the elder Pettitte has his way that’s where he will be going.

“It’s an honor to have the Yankees take him and we’re excited about that,” Pettitte said. “It’s a good situation to have the opportunity for a lot of teams to look at him. (But) the money wasn’t going to be there to where I felt he needed to pass up on Baylor. Dad’s hoping Baylor is what he’s going to do.”

“I’ll remember this one, that’s for sure,” said Pettitte, who also picked up his 213th victory as Yankee, putting him third on the franchise’s career list behind Whitey Ford (236) and Red Ruffing (231).