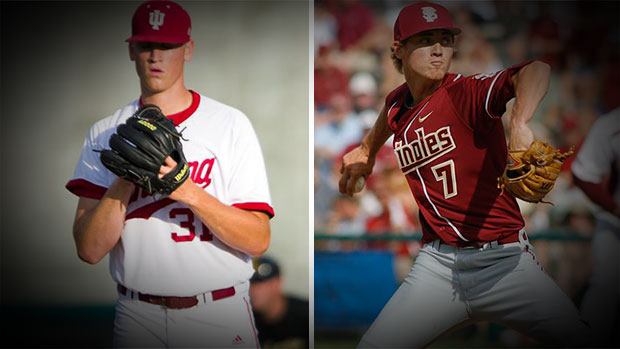 Coming off of regional sweeps, the Florida State Seminoles and the Indiana Hoosiers look to their match-up in super regional play, which commences on Saturday afternoon at Dick Howser Stadium in Tallahassee, Florida.

The Seminoles and Hoosiers have never faced each other in the postseason and have only met each other in the regular season a total of six times. The most recent match-up between the two clubs occurred in 2007, a three-game series in Tallahassee that resulted in a dominating sweep by the Seminoles.

The Indiana Hoosiers are attempting to advance to their first College World series in school history, coming off of a stretch in which they have won eight of their last nine games, including four straight. The Hoosiers enter the super regionals with the sixth-best team ERA in the nation (2.56), boasting a 1-2 punch at the top of the rotation in Joey DeNato, who posted a 9-2 record and 2.65 ERA this season, and Aaron Slegers, who went 9-1 with a 1.94 ERA.

The Seminoles and Hoosiers are eager to get super regional play under way, as Florida State catcher Stephen McGee had this to say following the Tallahassee Regional Championship game:

“This is huge,” McGee said. “Especially to have [a Super Regional] at our home field, I’m really looking forward to it. I know last season against Stanford it was awesome, the crowd was electric. It was really amazing.”

Both teams will continue their respective quests for their first NCAA titles, commencing super regionals on Friday at 12:00 PM in Tallahassee, to be followed with game two on Saturday at 1:00 PM (if necessary, game three is scheduled for Sunday at 1:00 PM).