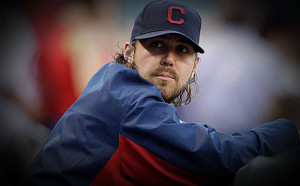 Cleveland Indians closer Chris Perez and his wife Melanie have been charged with misdemeanor drug possession of a controlled substance.

Earlier this week  Perez’s  home was investigated by authorities over a suspicious package that was delivered to the home of the Indians closer.

The couple was subsequently charged when a shipment of just over  a third of a pound of marijuana was mailed to them.

The package was shipped from Los Angeles and was deemed suspicious when an inspector claimed the package smelled like marijuana. A K-9 unit was brought in and confirmed the smell of marijuana.

Perez and his wife were released on personal bond.  The Perezes are scheduled to be arraigned June 19 at 9 a.m.

The Cleveland Indians have not commented on the case. Perez, 27, is currently on the DL with shoulder tendinitis. In 17 games this season, the two-time All-Star is 6 for 8 in save opportunities with a 4.32 ERA.

CVR Energy, Inc. Given Consensus Rating of “Hold” by Analysts