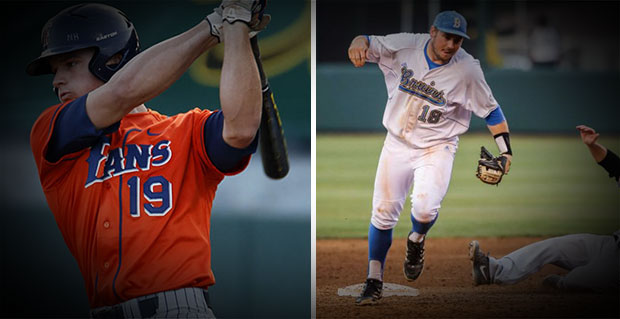 Cal State Fullerton and UCLA will face each other in the super regionals on Friday evening, the fourth time in seven seasons that the Titans and Bruins have met in the NCAA Tournament.

Cal State Fullerton had the upper hand in 2007 and 2008, eliminating UCLA from contention in the College World Series; however, the Bruins would follow up by ousting the Titans in 2010.

The perennial powerhouse Titans cruised through regional play with ease, defeating Columbia in game one followed by Arizona State in games two and three. Coming into the NCAA Tournament, the Titans posted a 51-8 regular season record behind the leadership of top draft prospect Michael Lorenzen and and a strong 1-2 combo at the top of the rotation in freshmen starters Justin Garza and Thomas Eshelman.

Eshelman was recently named Freshman Pitcher of the Year by Collegiate Baseball and is very deserving of such an honor. In 15 starts this season, Eshelman posted a 12-2 record and 1.59 ERA in 107.2 innings of work, along with a stunning 78/2 strikeout to walk ratio. Eshelman faced 390 batters and only walked two, an incredible feat indeed.

Titans star outfielder Michael Lorenzen had this to say about advancing to super regionals:

“It’s really exciting. Since I have been here we haven’t won a regional. It is a surreal feeling. We have to celebrate tonight and then get over it and come in tomorrow and get ready to play UCLA. It’s a really good feeling to win a Regional.”

As for UCLA, the Bruins are coming off of a solid regular season in which they posted a 42-17 record and are looking to advance to their second straight College World Series in hopes of capturing their first NCAA title in school history.

The Bruins boast one of the premier bullpens in college baseball, comprised of James Kaprielian (1.46 ERA), Zack Weiss (2.37 ERA), and star closer David Berg (20 saves and 0.81 ERA). The rotation is anchored by staff ace Adam Plutko who has won each of his five postseason starts in his three seasons with the Bruins.

Titans head coach Rick Vanderhook understands the challenge ahead in facing UCLA, but is confident in his team’s preparation for this weekend’s series.

“UCLA is going to be a different challenge, they are more like us. They pitch, they play defense. They are opportunistic on offense. We are going to have to break down a little bit and now we are at a point that they have videotape on us and we have videotape on them. So we will figure out some tendencies and what they do and prepare like we do and see who plays the game the best.”

The Titans will host the Bruins at Goodwin Field for their super regional match-up, commencing play on Friday at 7:00 PM (game two will be on Saturday at 10:00 PM and if necessary, game three will be on Sunday at 10:00 PM).