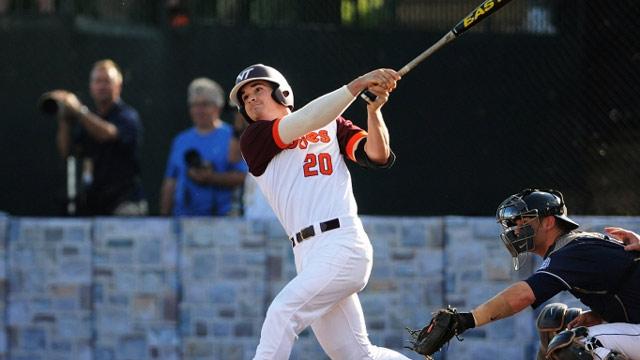 Following a Friday that saw a number of upsets, blowouts, and surprise performances, it is safe to say that the NCAA Tournament will be one to watch closely. One of the strongest conferences in college baseball, the SEC saw all five of its road teams lose, among those being powerhouses Arkansas and Ole Miss.

The College Baseball Regionals continued today with winners bracket and losers bracket games played at 16 different sites. We will be updating scores and highlights as they come in over the next few weeks leading up to Omaha, so make sure you check back.

Alabama 3, Savannah State 2 – After losing 5-2 to Troy on Friday, Alabama rebounded with a 3-2 victory over Savannah State at Dick Howser Stadium in Tallahassee.

Mississippi 8, Binghampton 4 – Despite a close game and a so-so start for their ace Bobby Wahl, Ole Miss sent Binghamption home and will continue on through Regional play.

Clemson 10, Saint Louis 2 – A big performance by Steve Wilkerson (highlighted by two home runs and five RBI) led Clemson to a big victory over Saint Louis, where they will meet South Carolina in a much anticipated match-up between state rivals on Sunday.

Florida 4, Valparaiso 5 – Florida blew another late lead in Regional play and was ousted from tournament play, as Valparaiso would garner its first NCAA tournament victory since 1966.

LA-Lafayette 15, Jackson State 1 – The Ragin’ Cajuns would slug their way past Jackson State, putting up ten runs in the final two innings en route to a 15-1 victory.

Miami (FL) 4, Louisville 6 – A six-run seventh inning led by a three-run double by Nick Ratajczak would cap a 6-4 victory for Louisville over Miami.

San Diego State 3, San Diego 6 – A five-run fifth inning would cement a 6-3 victory for San Diego after losing 9-2 to Cal Poly on Friday.

San Francisco 4, SDSU 3 – A 13-inning marathon would end on an RBI sac fly in the top of the 13th, cementing a 4-3 victory for San Francisco.

Oklahoma 5, Connecticut 3 – A close rubber match between Oklahoma’s Dillon Overton and Connecticut’s Jordan Tabakman would end in the 12th inning on an RBI triple and errant infield throw.

Virginia 2, Elon 0 – Virginia followed their 2-1 victory over Army on Friday with a 2-0 win against Elon, led by a strong performance by Cavaliers starter Scott Silverstein.

Columbia 6, New Mexico 5 – After a 4-1 loss to Cal State Fullerton on Friday, Columbia eliminated New Mexico with a 6-5 victory.

South Carolina 19, Liberty 3 – A dominant outing by Jordan Montgomery and a nine-run explosion in the eighth inning would cement a dominating 19-3 for South Carolina, who will face their state rival Clemson on Sunday.

Vanderbilt 10  Illinois 4  After a 9-1 victory over East Tennessee State on Friday, Vanderbilt continued their dominating season by trouncing Illinois 10-4 and look to the march forward towards Omaha.

Oregon State 3, UCSB 2 – Beavers starter Andrew Moore turned in a solid outing and earned his 13th victory of the season, a 3-2 victory for Oregon State over UCSB.

UCLA 6  Cal Poly 4 – Faced with a 4-0 decifit early on, the Bruins offense would rebound with four runs in the sixth inning and two in the seventh to defeat Cal Poly 6-4.

Oregon 0 Rice 1  Rice right-hander Jordan Stephens threw a brilliant two-hit shutout to lift the Owls to a 1-0 victory over the Ducks. Oregon (46-15), now in the losers’ bracket, will play San Francisco (35-23) in an elimination game