Houston Astros: Will AL West Teams Have an Unfair Advantage? 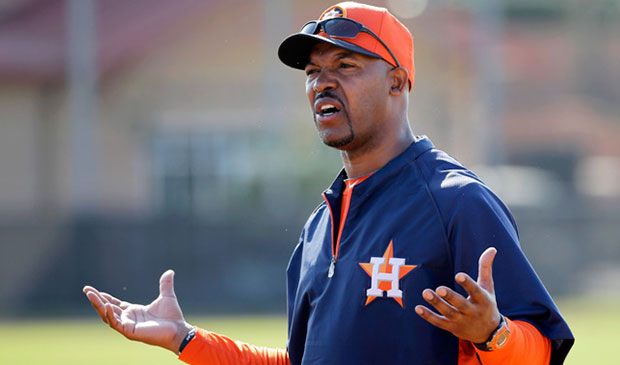 Some teams don’t like to admit that they’re re-building. The New York Mets, for instance, dealt R.A. Dickey a month after he won the Cy Young award in exchange for prospects that likely won’t make a difference for several years. Yet the term “re-building” will never leave the lips of the organization’s owners or front office, as they either have a delusional take on reality, or a crippling fear of any public relations backlash.

The loss of talent is indisputable, as their declining win total can attest to (from 76 wins in 2010 to 56 wins in 2011 to 55 wins in 2012), but the Astros have also re-tooled a bottom of the league farm system into a very promising one. The front office–and owner, for that matter–deserve a lot of credit for this.

However, due to the extreme youth of their prospects, the Astros will not be a competitive team for at least two or three seasons. With a plump loss column ahead, one has to wonder if the Astros three-year-plan provides other teams in the American League West, who each play the Astros a whopping 19 times over the course of a given season, an unfair advantage.

Even though the Astros only won 55 games in 2012, the roster still featured serviceable and good players–all of which are now gone (2012 statistics in parentheses):

Replacing them full-time are the following* (2012 statistics in parentheses):

The Astros also added Chris Carter via the Athletics in the Jed Lowrie trade, and while Carter posted a fruitful 137 OPS+ and 0.9 WAR, the defensively-challenged first baseman will now start in left field for the Astros. The Astros desperate attempt to transplant his offense elsewhere in the field could hurt the player’s overall value.

Carlos Pena (94 OPS+, 0.4 WAR) is also another addition to the 2013 squad, but will be the primary designated hitter, as the franchise is switching over to the American League. Pena is hitting .273 (9-for-33) with three home runs and six RBIs this spring. Carter is hitting .238 (10-for-42) with a team-leading tying four home runs and a team best 11 RBIs. Brett Wallace is hitting .286 (10-for-35) with two home runs and nine RBIs adding extra DH options for manager Bo Porter.

Needless to say, it will be a major drop-off in 2013. Despite the status quo, Baseball Prospectus still projects a 65 win season for the Houston Astros, which seems overly ambitious. Regardless, there’s a good chance the Los Angeles Angels, Oakland Athletics, and Texas Rangers will win the majority of their 19 contests with the Astros, with only perhaps the Seattle Mariners–a lowly team in their own right–being a more fair opponent.

Assuming the Angels, Athletics, and Rangers continue to be contenders over the next few seasons, their inter-division advantage will likely extend through at least 2015. Given how competitive the American League East and Central have been, the Astros on-going re-building might not just irk their fans, but also, their league foes too who don’t get to play them as often.