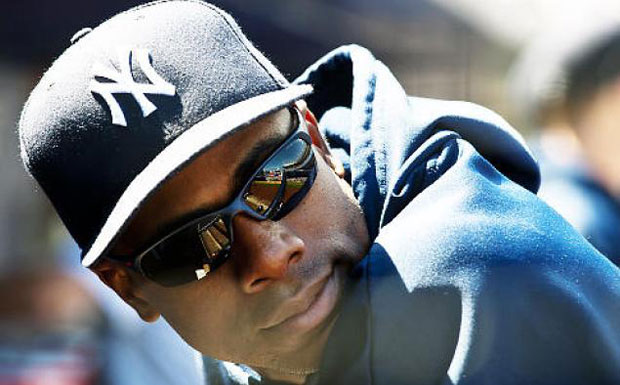 The age old debate of the “walk year” should be front and center all season long for the New York Yankees. Perhaps there have been teams in the modern era of Free Agency with more players in the final year of their contracts, but even if that were the case there has been no better example on any bigger of a stage.

The Yankees will be competing for a World Championship while nearly half the roster competes for financial stability ranging from the next few decades to the next few generations. The stereotype is that players try harder in their walk years because they know a big pay day is at the end of the tunnel, but each Yankee presents his own unique situation as we head through 2013.

For the hitting end of the equation, the Yankees have a combination of stop gaps and guys in line for major pay days. Half of New York’s everyday lineup will have expiring contracts this year and another three face the end of their deals after 2014. This means the Yankees have a lot of decisions to make the next couple of seasons and offensive players should have plenty of incentive one way or another.  Here is a review of Yankees’ hitters in a walk year and what it means to each of them this season.

Curtis Granderson: In line for a big pay day from a team unlikely to be the Yankees. Granderson is more of a complimentary piece and with New York’s budget restraints and outfield farm system depth, Granderson is not worth a long-term contract of the eight figure variety. It will be interesting to see what the outfielder commands if he has another year like last season when he hit just .232/.319 but slugged 43 home runs and struck out 195 times. The ultimate all or nothing player hit just .158 with 9K’s in the playoffs, stole just 10 bases (25 in 2011) and may change positions this year, moving over to left field.

Kevin Youkilis: Even with a big season where he stays healthy and adequately replaces whatever it was Alex Rodriguez would have done at this point, “Youk” is still unlikely to ever see more than a two year deal ever again. Still, the third baseman hasn’t had 500 plate appearances since 2008 and will try to improve upon a .235/.336 line to show his career hit a bump in the road and isn’t coming to an end at the age of just 34 years old.

Robinson Cano: The obvious marquee name of the group. Cano is going for the jackpot. Though the lefty will be 32 years old by the time he starts a new contract, a 30/100 capable bat with elite defense at second base is sure to command a nine digit salary over more than half a decade. This is the one major contract the Yankees are likely to fight for, and the odds are pretty much dead even whether Cano is the centerpiece of the Yankees’ offense through 2020 or playing somewhere like Los Angeles on a bloated overpayment in 2014. Unlike anyone else on this list, it’s unlikely the Yankees deal Cano even if they are out of contention by late July.

Travis Hafner: Similar situation to Youkilis but more extreme. Hafner is no longer a position player or an everyday player as he will strictly DH against right-handed hitters for the Yankees. He has not had a full season since 2007, but if he can duplicate his success in 2011, (.280/.361, 13HR, 57RBI, 325 PA), it will have been a contract well spent on his one year deal in New York. Still, performing well in 2013 definitely reopens the door to join the Yankees much like Eric Chavez did for multiple years as a Yankees’ role player and it may be a mutual interest as “Pronk” can do serious damage with a short porch in right.