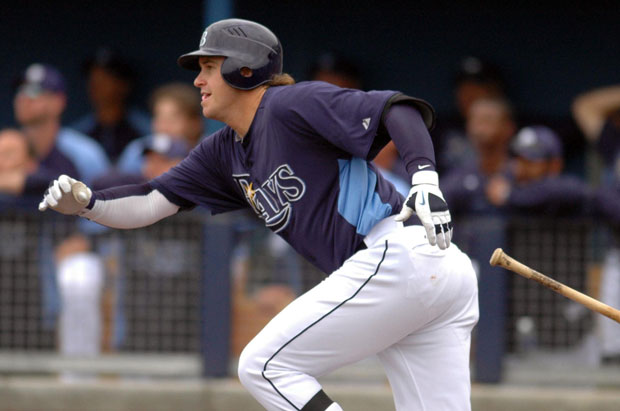 How many runs will the Tampa Bay Rays score? If the answer to that question is, “Significantly more than they did in 2012,” then it is likely the club will secure a post-season berth.  if the Rays duplicate last year’s anemic offensive display,  the performance of their formidable starting rotation will mean little, aside from some impressive numbers in the stat line.

In 2012, the Rays rotation delivered one of the best cumulative seasons in Major League Baseball history, but it wasn’t enough to reach the playoffs because their lineup was one of the least productive in the game.

To remedy that, Tampa Bay traded the durable James Shields and the versatile Wade Davis to Kansas City for right fielder Wil Myers, who is one of the top prospects in baseball and hits for average and power. The club also acquired promising left-handed pitching prospects Jake Odorizzi and Mike Montgomery. Chances are, all three will open the regular season at Triple-A Durham, though Myers will probably make his Major League debut in the first half of 2013.

Aside from bringing in Myers, the Rays did little over the offseason to upgrade their lineup. They did trade for shortstop Yunel Escobar, who has a high ceiling but has been dogged by attitude problems. The 30-year-old Escobar has a career .743 OPS, but he has hit .283 over six big league seasons and is a plus defensive shortstop.

The light-hitting James Loney, who is best known for his defense, replaces Carlos Pena at first base. Luke Scott was brought back to serve as the DH.

The Rays desperately need third baseman Evan Longoria to stay off the disabled list. The right-handed slugger was hampered with a hamstring injury last year, and the Rays offensive production suffered without him.

Tampa Bay’s projected outfield includes Matt Joyce in left, Desmond Jennings in center and the versatile Ben Zobrist in right. When Myers in deemed Major League ready, Zobrist can move to second base and even first base if Loney’s numbers reflect what he has done in recent seasons. 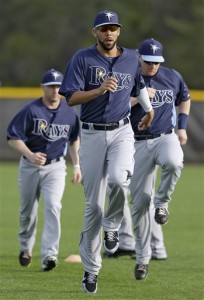 Since his lineup could struggle again in 2013, manager Joe Maddon hopes that a rotation minus Shields can shut down opposing bats. 2012 American League Cy Young Award winner David Price is the anchor, and the club needs strong performances from Jeremy Hellickson and Matt Moore. Alex Cobb, Chris Archer, Jeff Niemann, Roberto Hernandez (the former Fausto Carmona) and Odorizzi will battle for the remaining rotation spots.

Closer Fernando Rodney returns after a Cy Young and MVP-caliber 2012 campaign. Joel Peralta and Jake McGee are effective set-up men, though the club will miss Davis. If Hernandez does not make the rotation, he will be used in relief. Maddon also has Brandon Gomes, left-hander Cesar Ramos and veteran right-hander Kyle Farnsworth.

With B.J. Upton in Atlanta, the Rays need Jennings to rebound from a disappointing season at the plate. Joyce must show he can hit left-handed pitching to get regular at-bats from Maddon. Tampa Bay especially needs production from Scott in the DH spot.

The American League East could be the best division in baseball this year. Toronto is the popular pick to capture the title while Baltimore is fresh from its first playoff appearance since the mid-90s, Boston has an improved roster and the New York Yankees have the offensive firepower to contend.

With career years from Jennings, Scott, Escobar and Joyce – and a healthy Longoria from start to finish – the Rays have the potential to score enough runs to support the pitching staff and at least claim a wild card spot. That is a lot to expect from a lineup that does not look greatly improved compared to last season – at least on paper. 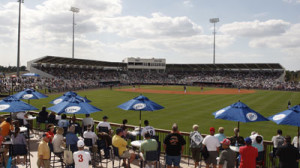 Once the spring training home of the Texas Rangers before the Tampa Bay Rays arrived, Charlotte Sports Park is a state-of-the-art facility highlighted by a 360-degree baseball boardwalk that circles the stadium, a family-friendly kids play area and a bustling team store.

Charlotte Sports Park has 5,000 seats plus additional areas for parties and berm seating.

Charlotte Harbor & the Gulf Islands are nestled along Florida’s Southwest Gulf Coast, between Sarasota and Naples, about 100 miles south of Tampa.

At 5 to 25 feet above sea level, Charlotte Harbor & the Gulf Islands enjoys a climate characterized as sub-tropic where extremes of temperature in both summer and winter are checked by the tempering influence of the Gulf of Mexico. Prevailing winds are an easterly average of 12 to 18 mph. The mild winter season lasts from January to March.

Numerous upland and aquatic preserve areas are yours to explore. Charlotte Harbor includes one of the world’s largest protected marine estuaries encompassing 270 square miles with 219 miles of natural shoreline. Its confluence of the Peace and Myakka rivers comprises some of the most vibrant coastal areas in the state and a unique network of barrier islands and mangrove forests.

For the ecologically minded, the area features more than 70 parks and recreational areas. Seafarers will want to set sail on a small boat cruise, enjoy world-class fishing or snorkel right off your kayak or canoe in the Peace River. Athletes and families will enjoy riding a bicycle along a path at Babcock’s Wilderness Adventure, or hiking through Cedar Point.

For more information about the Port Charlotte area, visit here. 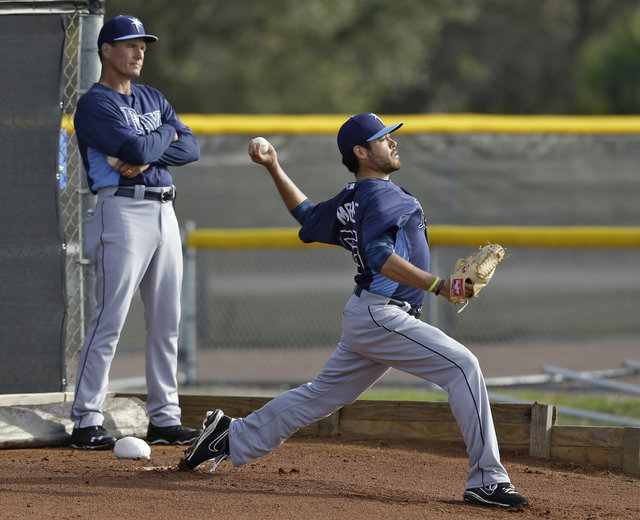 Berm/Boardwalk, $12 (for Boston, Detroit, NYY and Philadelphia) and $10 for all other teams.

For ticket information and to see a Rays spring training schedule, visit here.