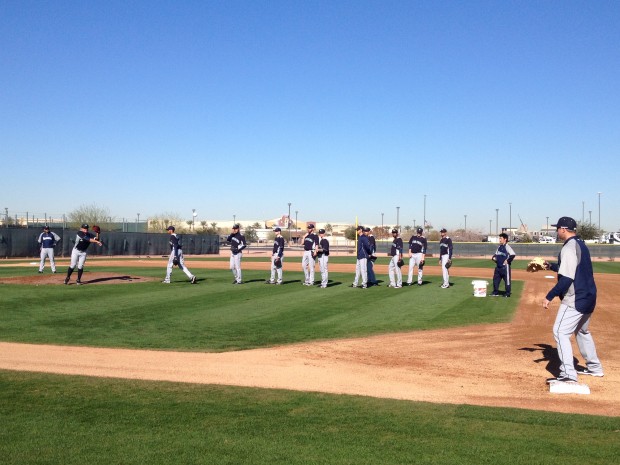 Seattle Mariners General Manager Jack Zduriencik was one of the busiest executives in baseball during the offseason. The result is a Mariners team that could surprise baseball pundits and fans alike in the American League West race.

The most prominent news out of Seattle during the Hot Stove League was the signing of uber ace Felix Hernandez to a seven-year, $175 million contract. The transaction ended longtime speculation that the Mariners would trade the right-hander for a slew of young veterans and top prospects.

With highly regarded pitching prospects like Taijuan Walker, Danny Hultzen and James Paxton in the farm system, the Mariners have the potential to compose one of the game’s best rotations in a few years. As for 2013, the club signed left-hander Joe Saunders to join Hernandez, Hisashi Iwakuma, Blake Beaven in the rotation.

Zduriencik traded durable left-hander Jason Vargas to the Los Angeles Angels for Kendrys Morales, so names like Erasmo Ramirez, Hector Noesi and non-roster invitees Jeremy Bonderman and Jon Garland will battle for a rotation spot. Walker and Paxton are in big league camp, but chances are they will open the season at Triple-A Tacoma. 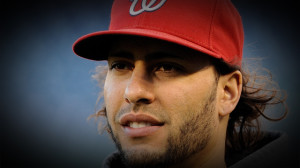 With the addition of Morales and left fielder Mike Morse (acquired in a trade from Washington), the Mariners lineup will be much more formidable than the light-hitting 2012 version. Seattle hopes that veterans Jason Bay and Raul Ibanez will show they have pop left in their bats, and that former top prospect Justin Smoak carries his hot September into 2013.

Boasting a complete bat and exceptional skills behind the plate, Mike Zunino is the catcher of the future in Seattle, but he needs more seasoning in the minors, so Jesus Montero and free agent Kelly Shoppach will share catching duties. When Zunino is Major League ready – likely in 2014 – Montero can slide into the DH spot. That role will probably be shared by Montero, Morales, Morse, Bay and Ibanez this season.

Morales, Morse and Smoak will see time at first base while talented young third baseman Kyle Seager, light-hitting shortstop Brendan Ryan and second baseman Dustin Ackley will compose the infield. While left field will be occupied at times by Morse, Bay and Ibanez, center field will mostly be filled by Franklin Gutierrez and right field by Michael Saunders.

Since the Mariners will surely score more runs than last season, their 2013 season will depend on the success of the rotation beyond Hernandez.  Though the Angels, Rangers and A’s expect to contend, the Mariners are justified to feel good about their post-season chances. The youthful and rebuilding Houston Astros join the AL West, providing the opportunity to numerous extra wins, which could especially benefit a team on the rise like Seattle. 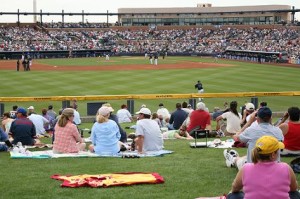 The complex is widely regarded as the best spring training facility in the country. Situated on 150 acres, each team has 6 1/2 Major League size practice fields, a 40,000 square foot clubhouse and indoor/outdoor batting tunnels and cages.

In addition to Major League spring training, the complex is used for each team’s player development systems. In the off-season, the complex is the site for player rehabilitation, Extended Spring Training, Arizona Summer League, and Arizona Instructional League baseball.

The complex is also home to an Arizona Fall League team, the Peoria Javelinas. International teams from Japan, Korea and China have also used the facility for instructional and spring workouts.

A major suburb of Phoenix and named by Money magazine as one of the top 100 places to live, Peoria, Ariz. sits in the Sonoran Desrt amid the Salt River Valley.

Peoria has quietly built a reputation of bringing arts and culture to the West Valley. Experience a space flight mission or gaze at the stars at the Challenger Learning Center. Anchoring the City’s downtown redevelopment project is the Peoria Center for the Performing Arts which will bring critically acclaimed community theater to the area.

If you like dinner with your theatre, then visit the Arizona Broadway Theatre, located right next to the Peoria Sports Complex. Looking for art? Consider the West Valley Art Museum. With downtown Phoenix just a short drive away, access to the Herberger Theatre Center, Comerica Theatre, Phoenix Symphony, Orpheum Theatre, Heard Museum and more is convenient.

Located on the northern end of Peoria and about 45 minutes from downtown Phoenix, Lake Pleasant covers 10,000 acres. Utilized as a holding lake, its water comes from two sources, Central Arizona Project Canal and the Aqua Fria River. Managed by the Maricopa County Parks & Recreation Department, Lake Pleasant is Arizona’s second largest lake and offers a wide variety of recreational activities. General camping, RV accommodations, boating, sailing, water and jet skiing, and fishing are just some of the activities offered at the lake. The Desert Outdoor Learning Center offers excellent opportunities to learn more about the lake as well as the surrounding desert area.

Located on the northern end of Peoria and about 45 minutes from downtown Phoenix, Lake Pleasant covers 10,000 acres. Utilized as a holding lake, its water comes from two sources, Central Arizona Project Canal and the Aqua Fria River.

Managed by the Maricopa County Parks & Recreation Department, Lake Pleasant is Arizona’s second largest lake and offers a wide variety of recreational activities. General camping, RV accommodations, boating, sailing, water and jet skiing, and fishing are just some of the activities offered at the lake. The Desert Outdoor Learning Center offers excellent opportunities to learn more about the lake as well as the surrounding desert area.

The Challenger Space Center of Arizona is a working memorial to the astronauts that lost their lives in the ill fated space shuttle Challenger STS – 51L flight on January 28, 1986. Its mission is to “inspire, excite, and educate people of all ages about the mysteries and wonders of space, science and the universe in which we live…”

The Challenger Space Center of Arizona has a unique affiliation with the Smithsonian Institute which offers access to national quality museum exhibits in Peoria. 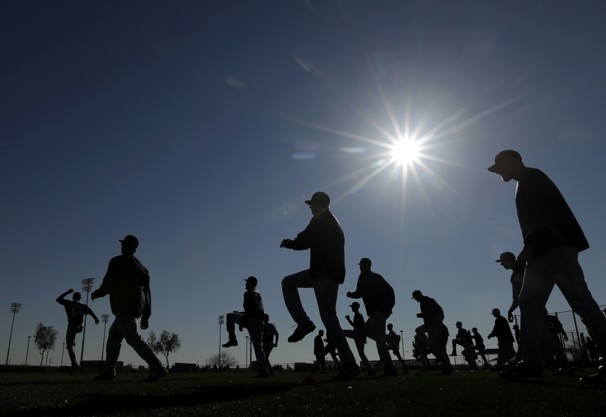 For tickets and to see a Padres spring training schedule, visit here.